Chelsea unbeaten in the Premier League, wins the London derby with Tottenham 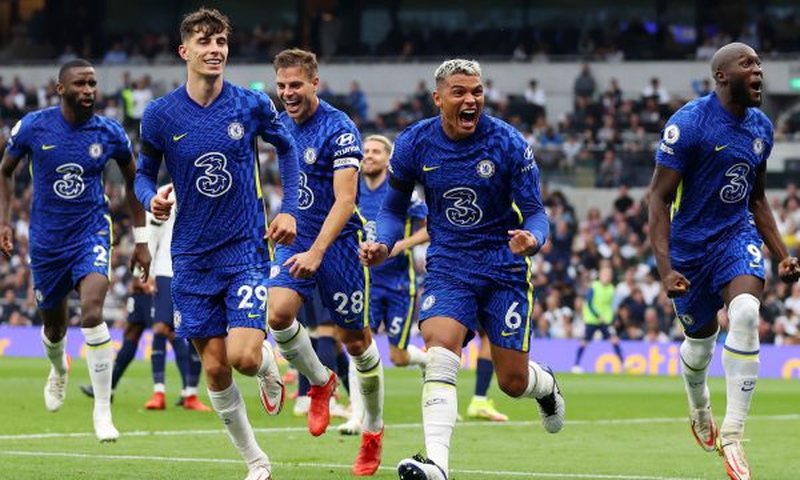 Chelsea easily defeated Tottenham Hotspur 3: 0 in the London derby yesterday, continuing their unbeaten run in the English championship. Thiago Silva, N'golo Kante and Antonio Rudiger scored once in the second half at Tottenham Hotspur Stadium to give Chelsea their fourth win in their first five Premier League games. Tottenham were coming into this match from the shocking 3-0 loss to Kristal Palace in the last game in the league and from a disappointing draw with Renes in the Europa Conference League. And the defeat against the London rival confirms the poor form and crisis of results for the team of Nuno Espirito Santo. The Blues completely dominated the home team, especially in the second half, even when they scored the goals of the triumph. Chelsea only had one shot on goal from Hugo Lloris in the first half. But Silva broke the ice just four minutes into the second half when he scored with a header after a corner kick to give Chelsea the lead. Kante doubled Thomas Tuhel's lead in the 57th minute, with a long-range shot deflected into the goal by Erik Dyer. Rudiger scored in extra time with a fantastic shot inside the area to sink Tottenham. Chelsea now have 13 points, as much as Liverpool and Manchester United have at the top of the table in the Premier League. Tottenham drops to seventh place with nine points. It should be said that in the English championship the rivalry for the leader is very big, because there are at least 6 teams claiming the title, but after yesterday's success of Chelsea, the "blues" show that they are "strong bone" and should be taken seriously in this rivalry as a great contender for the trophy. Meanwhile, a thrilling victory for Manchester United who triumphed 1-2 at West Ham, joining Liverpool at the top of the standings at 13 points. Cristiano Ronaldo scored for the third consecutive meeting with the Red Devils between the championship and the Champions, finding the 4th goal since his return, but the Portuguese's net was followed by that of the former Jesse Lindgard in the 89th minute that gave Manchester the victory. United. For West Ham scored the goal that unlocked the figures Algerian Benrahma. However, the greatest credit for United's success went to goalkeeper David De Gea, who in the final seconds of extra time received a penalty from Mark Noble, who was thrown to the pitch by David Moyes to hit the 11-meter penalty, which was missed by De Gea.