The situation in the Balkans is tense/ "Unified response with Belgrade against Kosovo", warns Dodik: We will use all our capacities for...

What is happening? Homeland Justice releases photo of Yuri Kim and shocks with final warning

The Durrës Port project, the economic expert raises concerns and gives a strong warning: Albania risks ending up in arbitration, the fact that...

"Serbia's nationalist rhetoric is unacceptable!"/ The German envoy for the Balkans comes out with a frightening warning and makes a strong appeal: Zero tolerance for attacks in the north of Kosovo

Erling Haaland will try out for all the big leagues, his father confirms 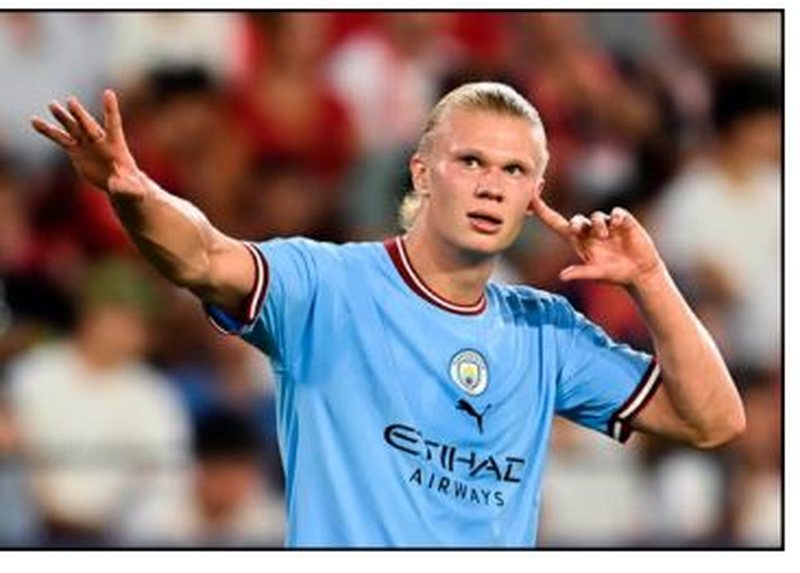 Norwegian talent Erling Haaland is dominating the Premier League with his goals and is keeping Manchester City's team at the top intact, proving to be a footballer with great potential. However, the footballer does not intend to stay long in the Premier League, at most two and a half years, as the attacker's father, Alfie, says. The latter emphasizes that his son intends to show himself in all the main European championships, although he cannot say for sure what the future may hold. "I think that Haaland wants to test his capacities in every league, I believe that I can stay in a championship for a maximum of three years. Of course, I can't speak with conviction about what the future holds, but I do know that Haaland is eager to prove himself everywhere. The clubs that wanted Haaland in the summer? At the top of the list was Manchester City, then there was Bayern Munich, Real Madrid or PSG. These were also the best clubs, we chose the best and Haaland moved to Siti. Then there was interest from some English clubs, Liverpool or Chelsea. It was Barcelona, ??it was about elite clubs", says Alfie, who did not mention Manchester United, even though the "Red Devils" often claimed the services of the 22-year-old. Meanwhile, on Sunday, the Premier League offers one of Europe's most spectacular challenges as Manchester City host city rivals Manchester United at the Etihad Stadium. "Citizens" are looking for confirmation, while on the other hand, "Red Devils" seem to have woken up from the lethargic sleep of the last seasons and under the leadership of Erik ten Hag, claim to return to the championship. When we are only a few hours away from the super match, coach Pep Guardiola wants to motivate his players as much as possible while also involving the public. The Spaniard emphasizes that the fans will be numerous and louder than ever in the stadium and that his faithful must get used to their pressure and not be lazy on the field. "The stadium will be full for the match against Manchester United. The fans know that we will do our best on the pitch. It is important for the players to also feel the pressure of the fans. I love this and I love my players very active on the pitch, it's not just a football match. We must demand the best from ourselves. I don't want to be "lazy" on the field, we have to express our emotions and feelings. We have to make the right decisions,