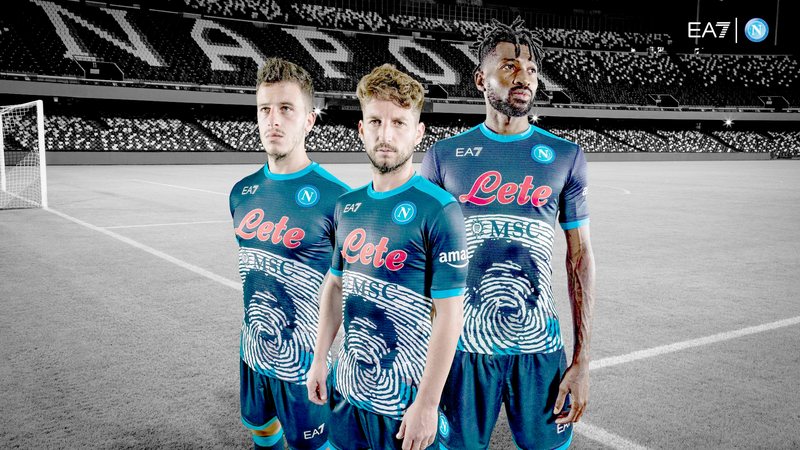 Diego Armando Maradona has undoubtedly been one of the greatest footballers in world football, even rated by most people as the greatest ever, despite institutions such as FIFA recognizing the Brazilian Pele as the best player of all time. Maradona had a life of problems outside of sports, with drug addiction, and in the end he went through a lot of vicissitudes with his health, until he lost his life two years ago from a heart attack. After his death, Napoli, the team with which he wrote history in Italy and in Europe, did many activities in the form of homage to the former star of Serie A and Argentine football, while also naming the "San Paolo" stadium after Maradona. But it seems that Napoli wanted to go even further, after designing the image of Maradona on its jerseys and putting it on the market. There were quick acquisitions that increased revenue, but the Maradona family took the Italian club to court and the situation received a lot of attention. Today there is a court decision on this matter. Thus, Napoli will no longer be able to use the image of Diego Armando Maradona on their shirts after a court decision in favor of the children of the Argentine legend. Maradona's five children took the Italian club to court after a legal dispute with Stefano Ceci, the legend's former manager. The team have been wearing shirts bearing a 'fingerprint and face' image of Maradona following the legend's death, as the club acquired the rights from Ceci months before the Argentinian died in November 2020, or so Italian media reports . Maradona's family took legal action to block the distribution and use of the image in any form, including on jerseys, and also requested the seizure of the proceeds in the amount of 450,000 euros. Naples Court judge Paolo Andrea Vasallo said Ceci's €23,000 contract with Napoli was "harmful to the property legacy" of Maradona's children in relation to the use of their father's image, "a planetary symbol of football, of known everywhere. The economic value of the use of the image appears to be of considerable importance, almost inestimable." The sale of 6,000 Napoli shirts bearing Maradona's image brought in €900,000 in gross revenue, with Ceci receiving 50% of the proceeds after signing a deal with the World Cup winner in August 2020.

De Biazi does not deny the return to the head of the National Team, the move in a few days

"Unprecedented in history"/ Artan Fuga explodes against Reja and criticizes sports in Albania: What's wrong with this? It does not become the National Team with players who play in foreign teams, one footballer in Canada and the other in Africa

Vllaznia writes history and realizes the dream, qualifies for the Champions League groups

FIFA president special visit to Albania, the reason is revealed

"Delirious, cynical, intriguing..."/ The legend of the Albanian National Team explodes against Reja, he also has a message for Armand Duka