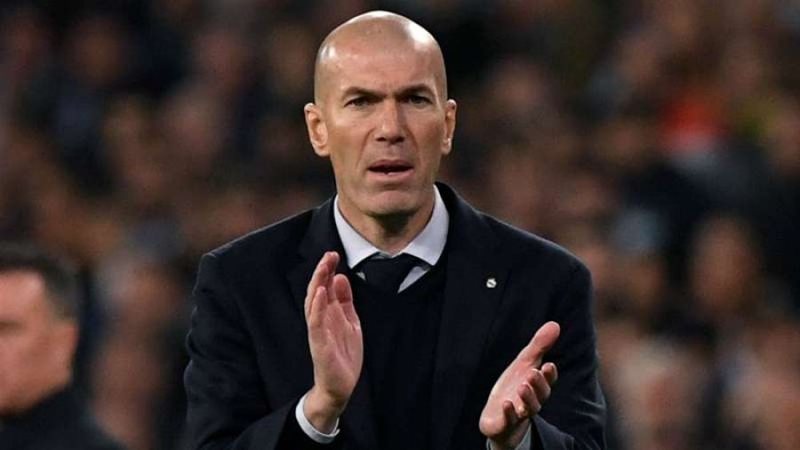 Real Madrid remains one of the best clubs in the world and it is no coincidence that it has won 13 UEFA Champions League titles, more than any other team. But it often happens that Real also disappoints, as happened in the last days with the elimination from the cup. But the French coach, Zinedine Zidane, does not make a drama the elimination of Real Madrid from the 1/8 round of the King's Cup from the team of the third category Alcoyano who, although with 10 players, defeated "Los Blancos" 2-1 after extra time. In the interview after the match, the number 1 of Real's bench described this elimination as painful but not shameful, as there are many surprises and many surprises in football. Zidane also gave an answer regarding the trust that his footballers have in him. "All losses are painful. Neither I nor the players like the loss. We were playing against a Segunda B team and we should have won, but this is not a shame. Can happen. These are things that happen in a player's career. It's hard, but we're not going crazy. We will try to work harder. I am the team coach and the responsibility is mine. I will accept it. What needs to happen will happen. We tried and I think the players gave everything on the field. We had scoring opportunities and we did not record what happened. In football you have to score. Their goalkeeper made several receptions and it seemed like the second goal did not want to come in. It is a difficult moment, we are out of the King's Cup, but the players tried. Do the players trust me? I think yes. Ask them. We’ve done good things, though less recently. "Now let's think about La Liga and the Champions League," concluded Zidane. The team that eliminated Real Madrid has a budget of only 700 thousand euros. Alcoyano - the third division team - which caused shock by eliminating Real Madrid from the King's Cup, has a budget of less than one million euros. Another miracle happened in the King's Cup this season, this time in Alcoy, one of the areas hardest hit by the coronavirus in the province of Alicate in southeastern Spain. On Wednesday night, Alcoyano - who is part of Segunda B - although with 10 players on the field and a budget of only 700,000 euros, eliminated Real Madrid and reached the quarterfinals of the King's Cup. Despite Juanan scoring the goal of unimaginable triumph in extra time, when his team was left with one player less on the field, it was someone else who got the attention and shone. Jose Juan, the 41-year-old goalkeeper, who despite his age made the appearance of life with his magnificent expectations. Real Madrid threw stars like Karim Benzema, Eden Hazard, Toni Kroos, Asensio, Casemiro and others on the field, but still it was not enough to stop Alcoyano. The songs sung in the locker room after the match were heard outside the stadium and Wednesday, January 20, 2021, is a night that this club will never forget.