He provoked the fans, the Polish footballer who scored against Albania reacted for the first time: It was also my fault for what happened, because ... 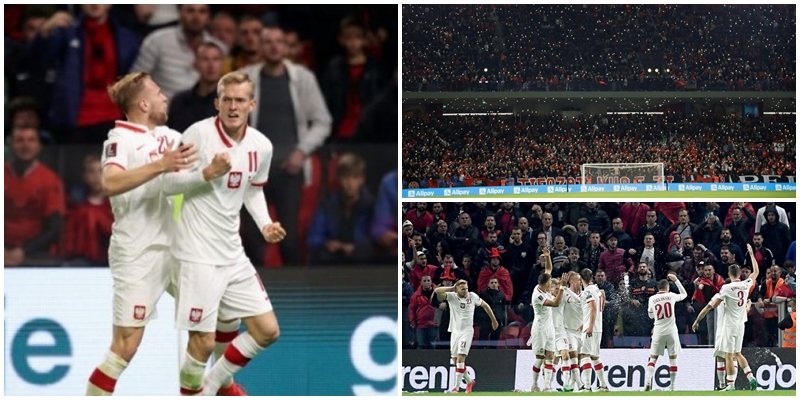 Two days ago in the national stadium "Air Albania" was played the match between Albania and Poland, valid for the eliminators of the World Cup "Qatar 2022". Albania lost 1-0 and just at the moment of the score by the friends, the red and black fans reacted irritably by shooting bottles at the Polish players.

The author of the goal in the 77th minute, Karol Sviderski, also spoke about the incident. He said part of the blame lies with him as well, as he chose the wrong side of the stadium to celebrate. However, Sviderski said that he did this under the effect of emotions and that his goal was not to provoke the Albanian fans.

In an interview for "Polsat Sport", the Polish footballer took responsibility for the actions of the fans and said that he ran unnecessarily towards the Albanian fans to celebrate. "It was a fantastic feeling to score a goal in such a match, in a foreign stadium. I will surely remember it. On the other hand, the fact that the fans reacted that way was partly my fault. I ran aimlessly towards them to celebrate, but I was under the influence of emotions. It's hard, it happened, "he said as he took some of the blame for what happened.

Scandal breaks / Serbia bans boxers from Kosovo, but did Albania participate in the World Boxing Championship? Our team captain reacts: Everything is over. I tell you what happened, from the shots to ...

Real wins the classic with Barcelona, ??the goals of Alaba and Vasquez decided

Shyqyri Balgjini: Partizan big name, I expect his victory in the derby, the championship should be done with 14 teams

There is a goal in the Inter-Juventus match

Liverpool humiliate the "Red Devils", is the biggest loss at home since 1955

The famous athlete is executed with a firearm

Unexpected happens in the match Naftëtari - Flamurtari / Police arrest the attacker during the match, here is what happened

One of the most followed challenges in the world! There is a goal in the match Barcelona - Real Madrid

The official formations of El Clasico are published