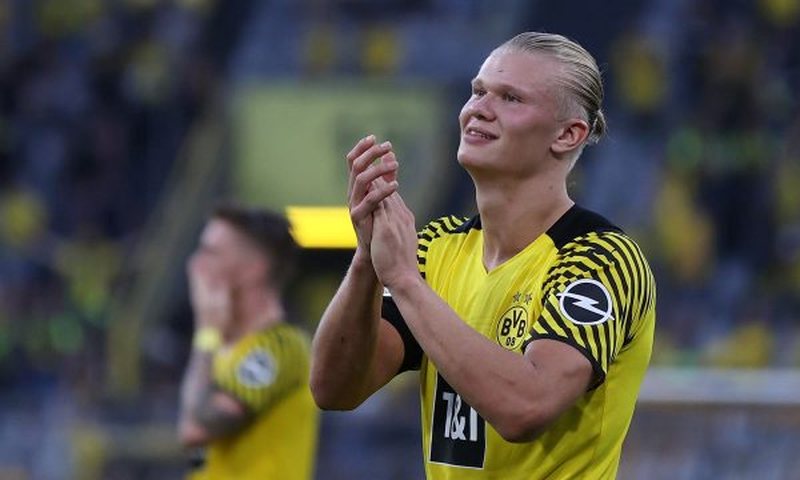 Coach Pep Guardiola has not been able to win the UEFA Champions League since leaving Barcelona. Although he has run clubs such as Bayern Munich or Manchester City over the years, he has not been able to repeat the success he had with the Blaugrana. However, he currently leads one of the best teams in recent years, a team of "stars", which consists of some of the biggest players in the world at the moment. But even that is not enough, so he has looked at the other big leagues to get some element that makes a difference and the new star seems to have found him in the Bundesliga and apparently it is about Erling Haland, the player who in two recent seasons has exceeded expectations and is considered the future of world football, the player who has excellent sporting record. Actually, Manchester City's attempts last summer to sign Harry Kane were unsuccessful. Tottenham president Daniel Levy resisted in every way, forcing the "Three Lions" striker to accept his stay in London. The "citizens" have already changed their target and, according to the English media, Pep Guardiola will attack Erling Haaland of Borussia Dortmund. Guardiola needs a number "9" after the departure of Sergio Aguero. The Spaniard is clear that the possible approach of the Norwegian giant would take his team to another dimension. For this reason, City executives intend to start talks with Mino Raiola in January, to realize the purchase of Haland, which next summer could leave for 75 million euros, a figure defined as a clause in the contract with the yellows. The Norwegian's signature would also mean "killing two birds with one stone". The firm with the Dortmund striker may push Rahim Sterling to sign the contract renewal, which expires in the summer of 2023. The club and the player are in negotiations to continue the cooperation, but the Englishman is not satisfied with his minutes on the field. . The arrival of a "9" number would return his importance to Guardiola's schemes, exactly the importance that Sterling has in "The Three Lions" with Harry Kane as the "wedge". The value of the 26-year-old has increased to 90 million euros, according to data from "Transfermarkt". If he does not renew the contract, the "citizens" can sell it next summer so as not to let him leave the zero parameter. Everything seems open, moreover that coach Pep Guardiola does not stop looking for as many quality players for City.

Scandal breaks / Serbia bans boxers from Kosovo, but did Albania participate in the World Boxing Championship? Our team captain reacts: Everything is over. I tell you what happened, from the shots to ...

Real wins the classic with Barcelona, ??the goals of Alaba and Vasquez decided

Shyqyri Balgjini: Partizan big name, I expect his victory in the derby, the championship should be done with 14 teams

There is a goal in the Inter-Juventus match

Liverpool humiliate the "Red Devils", is the biggest loss at home since 1955

The famous athlete is executed with a firearm

Unexpected happens in the match Naftëtari - Flamurtari / Police arrest the attacker during the match, here is what happened

One of the most followed challenges in the world! There is a goal in the match Barcelona - Real Madrid