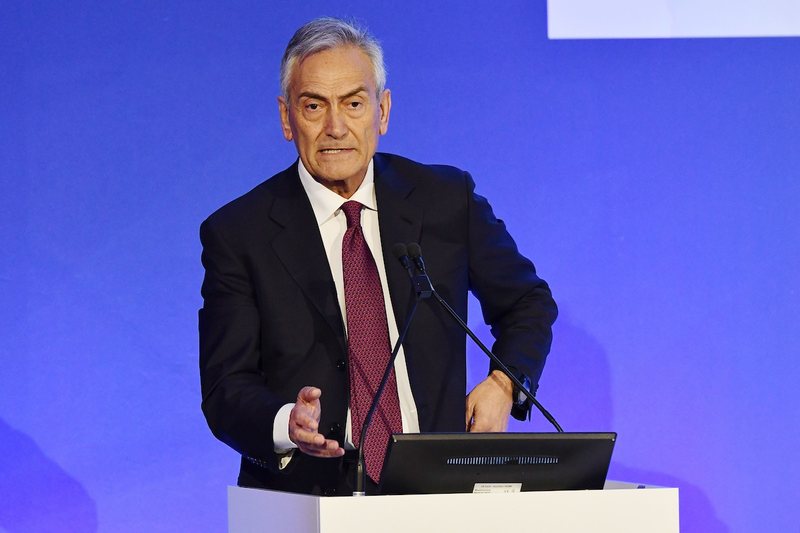 As if the problems with the ranking were not enough, where there is a risk of being left out of the Champions zone, or the heavy defeat against Milan two days ago, bad news is constantly coming for Juventus. A warning for exclusion from Serie A came again yesterday from the head of the Italian football federation, Gabriele Gavrina, who insists that Juventus leave the European Super League project once and for all, a project that was destroyed by UEFA and its member federations. her, but that Real and Juventus clubs do not give up, insisting that the project move forward. So, in other words, Juventus can be excluded from the championship if they stay in the Super League. The strong threat is not a media allusion, but a clear statement of one of the most important people in Italian football, as we said of the president of the Italian Football Federation, Gabriele Gravina. In a long interview where he talked about football issues, Gravina confirmed that according to the clear rules of the International Olympic Committee, the Italian one and the Football Federation, whites and blacks can not be part of the championship for the new season, if they do not give up from the European Super League. "If at the moment of registration in the new Serie A championship, Juventus will still be in the Super League, then it will be excluded. There is a clear and precise rule of the International Olympic Committee, and then also in the statutes of the Italian Olympic Committee and the Federations. If a club does not accept this principle, I'm sorry, but then it will be out. "Anyway, I hope that this power struggle will end soon", said Gravina. The European Super League was an initiative of 12 of the biggest European clubs, which lasted less than 72 hours, as so far 9 of them have given up the project and only Juventus, Real Madrid and Barcelona have not yet surrendered. "I hope this dispute is resolved as soon as possible: we are all a little tired of these opposing attitudes and the war between these three clubs and UEFA. I hope to be able to mediate between the whites and UEFA. "This is not a good thing for international football, for Italian football and for Juventus itself." The recently adopted anti-Super League norm provides for the exclusion from the Serie A championship for those who embrace projects that are not in line with the football principles promoted by UEFA and FIFA.

The competitor of 'Përputhen +40', Iliri, during his meeting Gilberta showe...