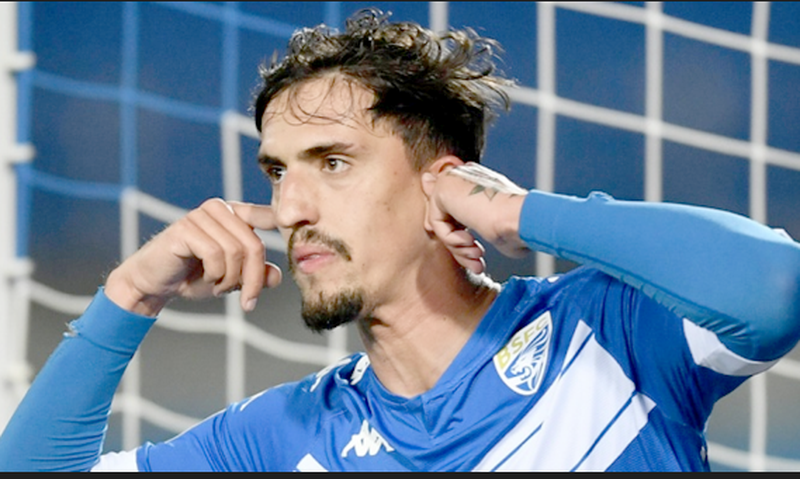 The players of the national team are performing relatively well with their teams, trying to be protagonists not only with minutes on the field, but also with statistics, in order to increase their quotas in the market and at the same time to have more opportunities to start on the field and in formation. A large number of red and black footballers play in Italy, among which stands out the midfielder Manuele Ndoj, who is part of Brescia in Serie B. The player has also tried to play in Serie A and has even been one of the most quoted youngsters in the market for several years, but the fluctuations of the team have also affected his fluctuations, which has also been reflected in the invitations to the national team and his absence from the lineup for a long time. Meanwhile, Brescia presents a spectacle at "Arena Garibaldi", while winning convincingly with a reversal with the result 1-4 against Pisa in the meeting of the 1/32 of the Italian Cup. The challenge was unlocked in the 20th minute when Masuki scored for the locals. Just five minutes later, a Nicolas own goal gifted the visitors an equaliser.

Ndoji scores a goal and he increases his odds

The first half ended with a 1-1 draw, while the second half brought a different view of this match. In the 61st minute, Aye scored the second goal for Brescia, while 11 minutes later, Albanian midfielder EmanueNdoj scored the third goal for his friends, with Bianchi sealing the result of the challenge in the 90th+4th minute, scoring the fourth goal. . Spezia destroyed Como with a score of 5-1, securing passage to the round of 1/16 of the Italian Cup. The meeting was unlocked in the 43rd minute with Nzola giving the advantage to the locals. In the 55th minute, Como equalized with Blanco. However, then Spezia's streak of goals would start, with Verde scoring from the penalty spot in the 60th minute, then in the 71st minute, Strelec scored the third goal for the home team.

Ndoji was not invited by coach Reja to the formation and it had been a long time since he became a protagonist in the representative team. This happens because the player has not been consistent in his game and results, but here, as we said, the poor performance of the team where he is active has also had an impact. The good game and the titular start in the new season can have a positive effect on him receiving an invitation from coach Edi Reja in the September matches and the National Team can have one more opportunity in the midfield to combine the right elements, starting from some absences important that it will have in the challenges of the League of Nations. Ndoji can fill the gaps that Trajkner has in this department, not to mention that he can play well in both midfield and defense. It is this that can give him the right advantages to do more than one role, which is well liked by the coaches, as he knows where to put it. It remains to be seen whether he will maintain his form until the end of September when the official matches against Iceland and Israel are played in our group within this edition of the League of Nations.

"Albanian coach" is not an option in the AFL, due to the pressures and lack of trust

The icon of Albanian football, Sulejman Maliqati, is sent to his last apartment

Ironizes Dritan Shakohoxha: Ah, if only you knew Italian, uncle!

The new FIFA ranking is published / Brazil is first, here is the place occupied by Albania and Kosovo