He scored a goal against Armenia, Partizan is offered 1 million euros for Skuka 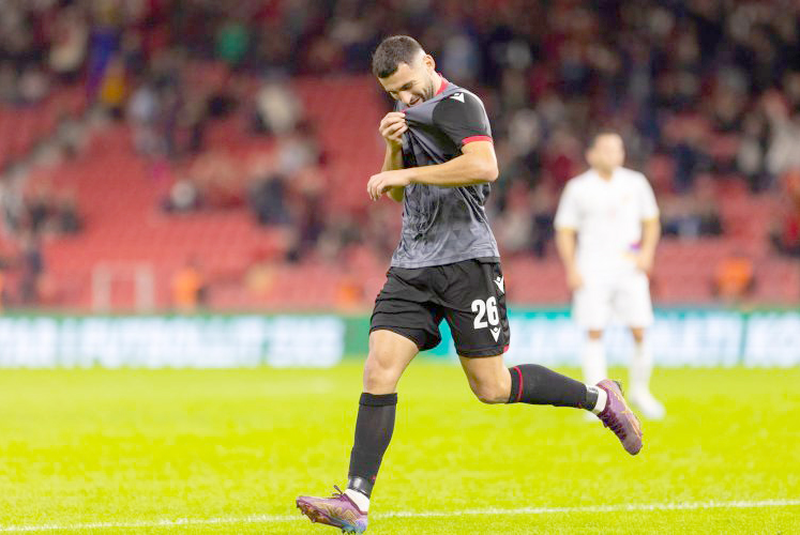 With the construction of the new sports complex and the accommodation of the big team and the ages in this complex, Partizan opens a new chapter in the history of its club, being now with increased claims. Meanwhile, in the last matches of the National Team, in the friendlies with Saudi Arabia, Qatar, Italy and Armenia, where many Superior players were given the chance to play for a few minutes, some elements from Partizan were tested and some of them won the sympathy of coach Edi The young, even 24-year-old Xuliano Skuka has achieved great things with the Partizan jersey and recently with the representative team. In the red team, he is leading almost the entire attack, where he has scored half of the goals of the entire team, as he recently made his debut in the National Team. He played 6 spectacular minutes in the match against Italy and scored against Armenia. These appearances with the National Team are expected to be the big turning point in Dibran's career. When he plays in the National team, the offers come immediately and it is about the interest of elite clubs. In the direction of Partizan, there has been a significantly increased interest in the striker. Recently, a team with a lot of history in the American championship, MLS, is seriously interested in Skuka. It is learned that San Jose Earthquakes offers 1 million dollars in exchange for the star of Partizan, valid for the month of January. This figure is one of the biggest offers ever received for a Partizan player, which makes the red club think deeply before deciding. Meanwhile, Skuka is ready for a big salary, even much higher than what he would get if he were to move to a club in Europe. As is known,

Sensational from Italy! Berisha leaves Turin, but the 'Red and Black' goalkeeper remains in Serie A