Ibrahimovic turns into an actor, threatens a driver on the road in the form of a bandit 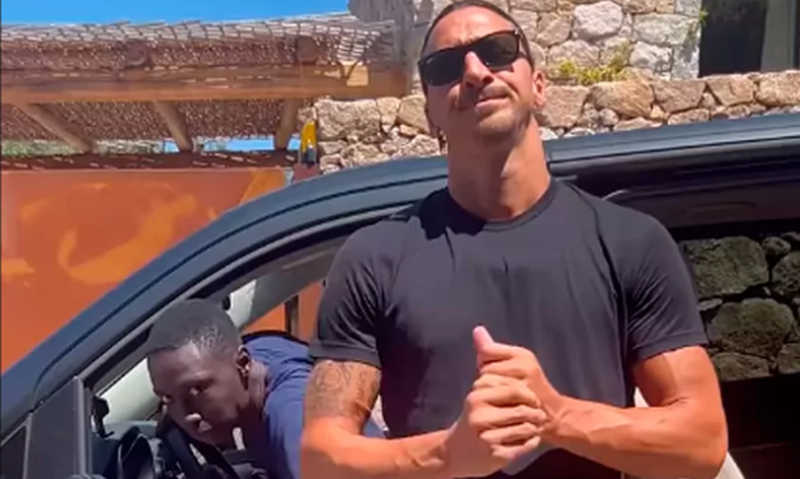 Footballers are returning from their summer holidays and engaging with their teams in Europe's top leagues, but one has chosen to do something special before stepping onto the pitch. In one of the online submissions, Zlatan Ibrahimovic is seen posing threateningly against another vehicle. We remember that Ibra's posts have a lot of resonance since he has 55 million followers on Instagram alone. That doesn't match Cristiano's 474 million followers or Mesi's 356 million, but it's still a big number. But he still remains one of the most followed players on social networks. In addition to photos, he also uploads videos with humorous content, but which suit his image. Ibrahimovic, the "big brother" of Khaby Lame - Instead of the spectacular photo, Zlatan has shared a video on Instagram in which he plays the role of a street "batakçi" or superhero. A bit like a "big brother" of the TikToker, Khaby Lame, who is driving him around in a "Mercedes V-Class". The idea of ??the clip is a kind of mini-story in which the center seems to be a fight between Khaby Lame and the driver of a Mustang. This fight leads to the opening of an umbrella with a middle finger drawn on it. The threat to the other driver – But Lame doesn't need to answer him as he has Zlatan Ibrahimovic for that. The presence of the Swedish attacker (he is 1.95 meters tall and weighs 95 kg) is so imposing that it poses a threat to the driver of the Mustang. The latter does not hesitate and does not waste a single second to leave as soon as possible. The video is neither less nor more of a humor, but we are not used to this being done by footballers. Not even a controversial striker like Zlatan. The "star" of Milan usually does not have a serious appearance on social networks, but mainly goes out to fulfill an advertising agreement or when he buys a car that he gives himself as a birthday present (he turns 41 on October 3). Ibrahimovic (known by the nickname Ibrakadabra) is one of the footballers who has won the most titles in his career (32). He has scored more than 500 goals in his career. We remember that Ibra has played with many teams in his career, starting with Ajax, then with Italian teams such as Juventus, Milan, Inter, Barcelona, ??but also Paris SG, Manchester United, in the American MLS and recently again with Milan.