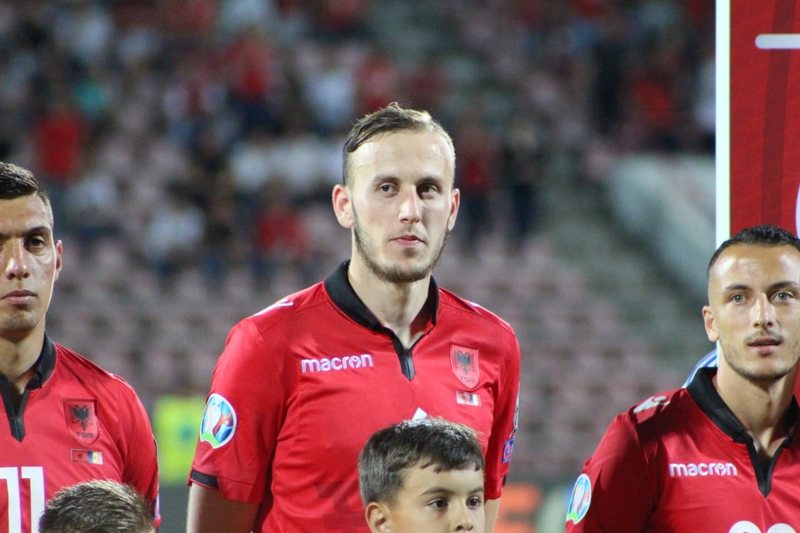 The players of the national team, especially the defenders, are having great moments with their teams, in all the championships where they are active, but some are also doing well in the Champions League, as is the case with Berat Gjimshiti, who has become the leader of Atalanta. . The red and black defender even has weight in the team's goals, as he provides assists and assists in the offensive phase during the execution of standard shots. But the best news for the National Team is the return from injury of Ardijan Ismajli, the defender who left Hajduk Split this summer and signed for Specian, the Italian team that this season has been promoted to Serie A. Not only that, but also the other defender of the National Team, Kastriot Dermaku, who left Parma in Serie A for Lecce in Serie B, had a spectacular start, after appearing as the leader of his team and playing full time. So coach Reja is getting good news in this period and this could be the desired signal for the November matches in the League of Nations. All defenders enjoy good form and are protagonists with their teams.

Ardian Ismajli has changed the environment in this summer market as he left Hajduk Split to transfer to Serie A, in the ranks of the Specia club. The defender due to COVID-19, had not been able to train with new teammates, something he did only yesterday. Already, Ismajli is expected to gather for the next match in the championship against Parma, although the technical director of Specia, Mauro Meluso has said that the Albanian and the other approach Sena, need the right time to adapt. "They have already done the first training with the group. We have strictly adhered to the rules. Both have been with coronavirus and have been forced to follow a separate protocol. Now we need to give you the time you need to adjust. Let's not forget that foreigners change the way of life, language is another problem. "But I believe they can help us because they are a quality element," said Meluso.

Dermaku, the right player for Lecce

Kastriot Dermaku has started his adventure with Lecce in the best possible way. The defender of the national team managed to leave a mark in the challenge against Cremonese, as he scored the first goal for his team in the 2-2 draw, giving a great contribution to avoid defeat. Dermaku left Parma and Serie A this summer market, to move to Lecce in Serie B, given that in this club there would be more space and is seen as an important element for the team during the season thanks to his experience. After this draw, Leçe e Dermakut is in eighth place with five points accumulated after the first four games.

Atalanta's defense changes completely when Berat Gjimshiti is in its ranks and the latter has an admirable certainty when he wears the black jersey of the Bergamas. This is understood even today in the Champions League, in the 4-0 success of his team against Midtjylland in Denmark. Having missed the first half of the terrible defeat in the championship against Napoli, Gjimshiti today helped the team to keep the net intact. So it was no coincidence that he received very positive reviews after the duel that gave the Italian club three important points for the group stage. The portal of "Eurosport" has given him a score of 6.5 in this challenge, appreciating his active participation in the offensive phase of the team. "Opponents tickle him and he finds time to appear ahead.