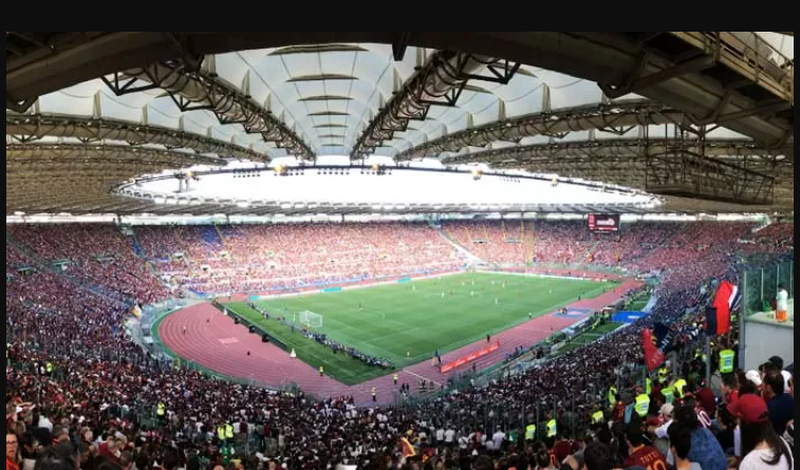 Football filled more than a year taking place around the world without the presence of fans. With rare exceptions, most countries around the world have banned the gathering of fans at football facilities, as a measure to avoid massive coronavirus infections, a pandemic problem worldwide. However, some countries have returned fans in a limited way, according to a formula accepted by UEFA and FIFA, where it has been possible to implement medical protocols, with the presence of up to 20-30% of plant capacity. But this situation seems to end soon with the approach of the European Football Championship, which, as is known, is designed to be played in several cities, including the Italian capital Rome. UEFA is following the situation step by step and is taking measures now so that there is no risk of infection, but convinced that the fans will be in the stadiums. Italy, meanwhile, the "base" of the Covid-19 virus in Europe, does not want to be left behind and is planning for fans to return to the stadiums before the official opening date of the European. Thus, referring to what the European sports media write, Italy looks with optimism towards the return of the fans to the stadiums, something that can happen before the end of this season, as stated the number one of the Italian football federation Gabriele Gravina, after a meeting with the undersecretary of Sports Valentina Vezali, regarding the reopening of stadiums. "The European event has created hope and opportunity. I believe that there are chances for a general reopening of the stadiums. For the Europeans? Apparently yes. The Italian Cup is one of the many hypotheses among the many events that are before June ". The President of the Italian Federation added that it is also about the reopening of all sectors of the country, with the football that will be officially reopened on June 11 with the match between Italy and Turkey that will be played at the "Olimpico" in Rome, but while now aims to speed up this process by bringing fans back to the stadiums, most likely in the Italian Cup final between Atalanta and Juventus, scheduled for next May 19, a match where the doors can be partially opened for the fans. "It's a hypothesis," he said. What is clear is our country's demand to restart. "There is a desire to resume, but we must respect the times of the governing authorities", he underlined. It remains to be seen whether Italy will meet all the conditions of the medical protocol set by UEFA regarding safety in the European Championship. It is believed that safety conditions will be accompanied by strong measures, especially with the card of fans who have been vaccinated or who are not infected. UEFA is even considering the mass vaccination of the players of the member teams that have secured participation in this final phase of the European Championship, a process that could start in early May. In short, at the beginning of the summer football matches will be watched by fans in stadiums.