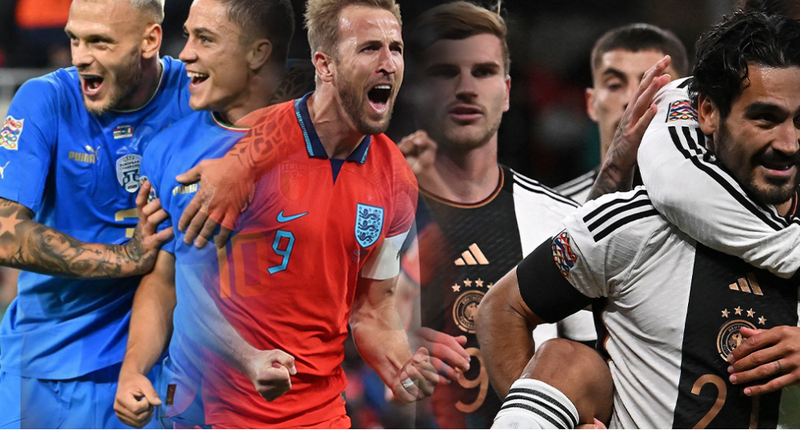 Italy has managed to win cleanly with the result 0-2 against Hungary in the house of the latter and also taking the first place in the classification.

The game was unlocked in the 27th minute by Raspadori, which would be the only goal of the first 45 minutes.

In the second half, Italy would manage to double the score with Dimarco in the 52nd minute.

The remaining minutes would be managed well by the "Azuri", who thus secure the head of the group and pass the "final four".

England and Germany gave a spectacle at Wembley, in the match that was only worth for prestige.

The first half would end in a goalless draw, although there would be plenty of opportunities.

The goals were left for the second 45 minutes, after a total of six were scored, 3 for each team.

It was Germany that would take the first advantage with Gundogan in the 52nd minute, and would even double the result in the 67th minute with a fantastic goal by Havartz.

England "wakes up" after the second goal of the "panzers" and makes a crazy reversal, Shaq in the 72nd minute and Mount in the 75th, would score twice to equalize, while in the 83rd minute captain Kane overturns everything.

It wasn't meant to end there, Havertz scores again in the 87th minute and equalizes the numbers again.

3-3 would be the final result of this super match.