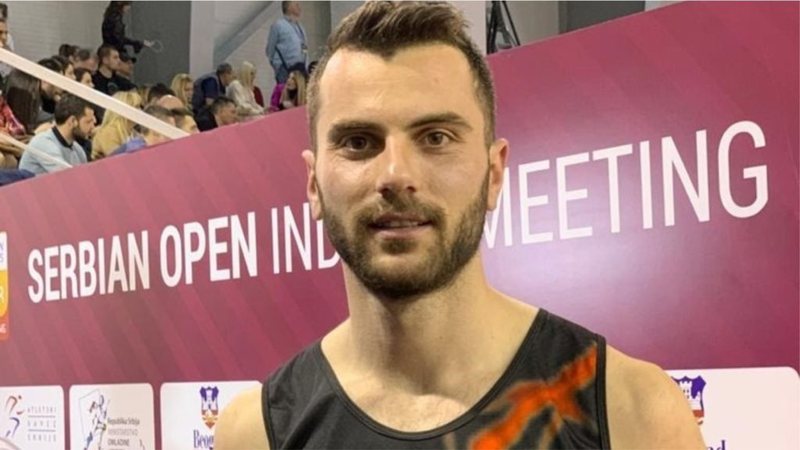 Izmir Smajlaj is the phenomenon of Albanian athletics. Today in Belgrade, he was confirmed as one of the best European athletes in the long jump, after securing the gold medal of an international rally that has the value of a point score for participation in the Olympics. Although officially it will still take hard work to catch the Olympic norm, it seems that Smajlaj is on the right track to be an increased force of the Albanian sports delegation in Tokyo-2021.

In the span of 25 days, the athlete Izmir Smajlaj has brought to Albania three gold medals from important regional and European athletics activities, activities that have a qualifying value for participation in the Tokyo Olympic Games. The athlete has managed to return to high levels although his best will be expressed later. In this 25-day time frame, Smajlaj first won (January 31) the famous Vienna tournament with a gold medal with a result of 7.90 m, then he won the same gold medal with the Balkan Championship of Istanbul, just a few days ago, with a result of 7.91 m, an activity where over 20 countries participate and has Olympic value, and now recently wins the international rally in Belgrade, marking the result 7.91 m, but 20 cm away from the pedestal throwing line, position that practically enables him to cross 8 meters in the long jump. In last night's tournament in the Serbian capital, Belgrade, Smajlaj had a good race, defeating opponents and winning a medal that further adds to his Olympic points and future activity. Another such result that approaches 8 meters would provide him with enough points to participate in the Summer Olympics in Japan, a major goal of the athlete and his coach, Gjergj Ruli.

Izmir Smajlaj has his national record in the long jump with 8.08 meters, a result that brings him closer to the biggest on the continent. But Shkodra returns to the pedestal after a long period of muscle injuries and disturbances. But now the athlete is training hard for his goals, first to secure the Olympic norm, and then to think about a good result in Tokyo. Of course, to get there there are many races where he will test himself, including the European Championship, and many other rallies. The desire is great for Smalaj to catch this target in time, in order to prepare calmly for the Olympics. In conditions when the Albanian capital is suffering from the lack of necessary infrastructure for the "queen" of sports, Athletes like Izmir Smajlaj and Luiza Gega give pride to the Albanian sport with its fantastic results. And last night's result proves the athlete's endurance, his improvement and the hope for a result that exceeds 8 meters. Even optimists, like coach Ruli and someone else, go further, saying that the athlete from Shkodra can catch 8.30m on his good day, a result that would classify him as a contender for medals in major activities, including the Olympics. So far the athlete is regaining his form and improving the results, while also increasing the technical performance of the jumps. Photos and videos from his recent race, both in the Istanbul Balkans and at the Belgrade Rally, show a complete athlete with world-class parameters.