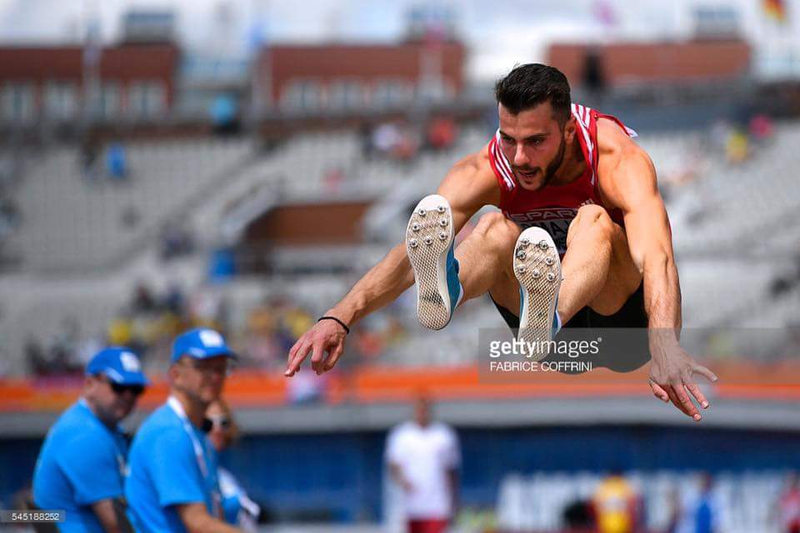 A phenomenal competition and a phenomenal result was that of Izmir Smajlaj in the long jump, a competition held near the park of the artificial lake of Tirana, where the dance floor is located. Athlete Smajlaj made a super jump, breaking the national record in this discipline, from 8.11 m which was previously to 8.16 m, ie 5 cm more. A spectacular result of the athlete from Shkodra had been announced for days, but yesterday it became a reality and this happened in the presence of hundreds of spectators and the mayor of Tirana, Erjon Veliaj.

"Emotion, honor and pride! New national and personal record 8.16 m for the first time in the newest dance floor in Tirana! Endless thanks to my family, my coach Gjergj Ruli, my friends who were present, as well as the sports supporters who are never absent ", writes in his profile on the social network" facebook ", the athlete Izmir Smajlaj.

Meanwhile, contacted by the newspaper "SOT", coach Gjergj Ruli, did not hide the great joy and emotion that this competition produced and this result, which is not only spoektakolar, a brilliant record of athletics, but also confirms what coach Ruli personally he had expressed and expected, as he has long insisted that Izmir Smajlaj is an athlete who has the capacity to cross 8.30 m, a result that puts him on the list of the best in the world.

Now only the next international competition is expected, which will have a qualifying value for Smajlaj to officially reach the Olympic norm, but, nevertheless, there will definitely be an Olympic invitation for him to be at the Tokyo Olympics. Yesterday's record with 8.16 m is a great personal achievement of the athlete but also an achievement of Albanian athletics as a whole. Everyone hopes that the heads of the institutions will be convinced that these elite athletics athletes need more infrastructural conditions and more investments.