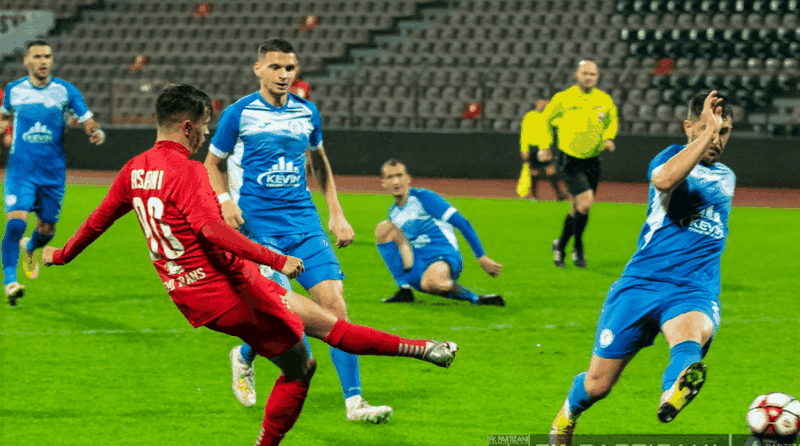 The 27th week of the Superior Category is expected to give surprises not only in results but also in rankings. Although not seen as decisive for the title's fortunes, this week 's matches are seen as crucial to the season's fortunes in terms of teams aiming for a place in Europe. Vllaznia and Laçi will have a direct duel, head to head, and the team that comes out lost from this confrontation will surely find it difficult to raise its head afterwards. There are easy challenges on paper for Teuta and Partizan, who face Apollonia and Bylis respectively, but if they do not return with three points from these meetings, then they risk leaving the title race.

Laçi is considered a "black cat" for many teams in Superiore, but statistics show that he was a "black cat" for Vllaznia this season, as in both games against Shkodra, the team from Kurbin has managed to secure full points. A taboo that the coach of Shkodra, Thomas Brdaric, is convinced that his team will break tomorrow, as he said at the press conference before the challenge. "I am very satisfied, we have worked hard this week, I am satisfied with the team and tomorrow I think we will give our best. As for injuries, it is only the Imam who has problems. But the rest is fine, we have a lot of players, we are happy with their condition. It was very important that we managed to do two training sessions at the "Loro Borici" stadium. Meanwhile, who said who will be in the lineup? Media? Ok! As for Imer, the media have their job, but today he will be in training, I will see his condition, I will talk to him and then I will see who plays, that tomorrow against Laçi every player must give the maximum of right that match is very, very important to us. Laçi is the only team against which we did not get points, against everyone we got except Laçi. Tomorrow will be our day to get points against Laç. As for the championship matches, above all, the game against Laçi is important because we have many other meetings. The physical condition is not bad, but we are focused on the championship match at the beginning and not on the Cup. Everyone wants to win both trophies. Our preparation is good, the situation is positive, we have many tasks and problems ahead, but I think we are eliminating them.

Bylis against Partizan, a valuable match for the season

Bylis yesterday gave the final hand to the preparations for the challenge with Partizan, which they will play at "Air Albania Stadium" this Saturday. With the ballshiotes in good shape, it seems that in a month they play five crucial challenges, and even two of them with survival teams and tei of them with those fighting for the champion title. Even in the 29th and 30th week they will play with rival teams in the battle for survival such as Skanderbeg and Apolonia. So this weekend they play with Partizan, while after two weeks they play in Laç the first transfer of the fourth phase. While they return home with Apollonia on the weekend of April 24, while in the middle of April 28 they play a match with Skënderbeu in Korça, also a rival for the survival of the Mallakastriot team. Then they wait for Tirana in Ballsh. Pra, a difficult calendar with five crucial 'exams' for the Mallakastriots of coach Veljko Dovedan, while what should be emphasized is that the Mallakastriots are a surprise team that at certain moments have received points and have triumphed even in the fields of the title teams. It must be said, meanwhile, that Partizan has ambitions for the title and in recent weeks there have been quite a few stops that have weakened its strength and put it in front of the critics, but a victory can restore the lack of calm and can give the "bulls" a new chance to capture the title.