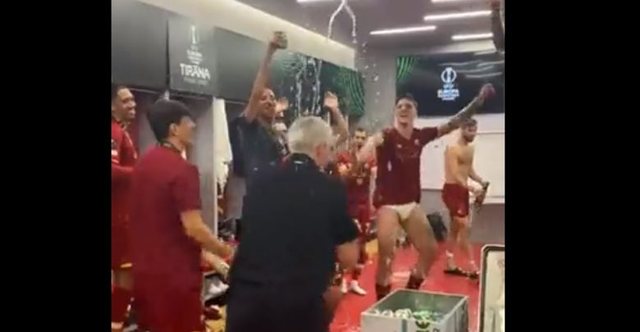 Jose Mourinho's Roma managed to triumph last night against Feyenoord in the first final of the Conference League which took place "Air Albania".

The trophy was seen in Rome after 31 years and the fifth final of "Special One" won in European competitions, out of five he has played. The party in the field of "Air Albania" was great, while the Portuguese burst into tears of joy.

From the field, the party has been moved to the locker rooms, where Mourinho has become part, as he is seen dancing and singing with beers in hand with the players who had ridden on the table.