The "abnormal" championship, in the first four weeks the contenders are the "anonymous" who come from the First Category 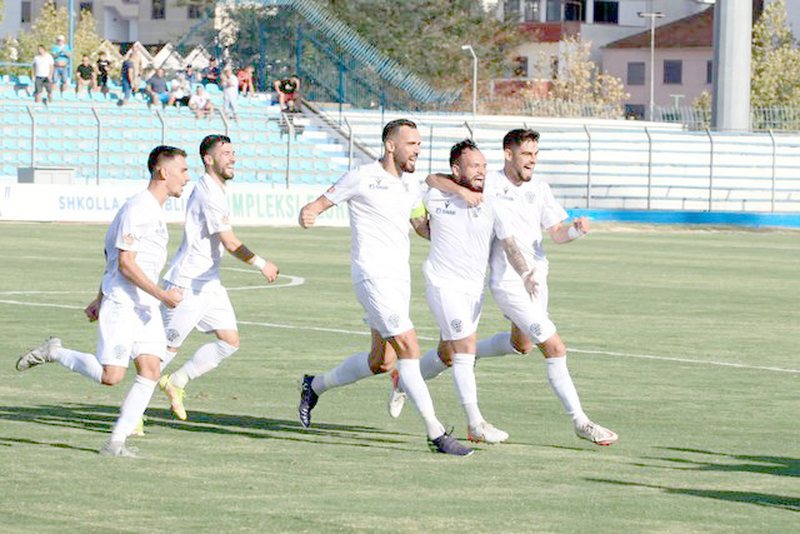 The Superior Category of Albania operates according to a formula with 10 teams, divided into four phases, with 9 rounds in each phase, so in total 36 rounds. When the first four weeks of the championship were played, a very strange phenomenon was observed, which left the specialists and opinion-makers speechless. In fact, there are many paradoxes in our country in other fields as well, including sports, but out of 10 teams in the competition, only Partizan, which holds the lead, is one of the big teams in the top zone, the other teams have fallen to end and are giving an ugly show, giving no positive indication that this championship can have real contenders for the title. Apart from Partizan, the places from 2 to 5 are held by the teams that come from the inferior categories and those that in recent years have been fighting for survival in the Superiore.

Erzeni and Bylis, from the First Category to the Superior

Thus, Erzeni i Shijak is the team in second place, with 8 points in four games, but there is an indicator that the contending teams do not have. Shijakas have not yet suffered any defeat in the championship and this indicator means a lot for the continuation of the competition. Even Erzeni is the only team that has not experienced the taste of defeat in this first phase of the championship. As if Erzeni wasn't enough, another team is producing miracles and this is the Bylis team. Ballshiots have seven points in the standings, enough for the first four weeks, where the desire, stability and aggressiveness in their field to get the most is noticeable, while last time they got three points from Kurbini, in the difficult field of Laçi. (won 1-0).

Egnatia and Kastrioti, other surprises

In fourth place is Egnatia, another team that was expected to simply fight for survival. This team badly defeated Vllaznina two days ago with a deep score of 3-0, causing a big surprise. With 6 points in the ranking, Egnatia may not show that it is a contender, but it has had a better start than Tirana, Teuta, Kukësi and Laçi, which were considered the favorites of the new season. Another team that has surprised with the results is Kastrioti, whose draw with Tirana last Saturday proved that the Cretans are not "easy bones" in Superiore, as the white and blue and other rivals thought. Even Kastrioti has the same number of points as Tirana, the current champion, with 5 points each.

Pretenders find themselves at the bottom

With the exception of Partizan, which seems to be the exception in these first four rounds of the competition, as it holds the lead with 9 points, all other contenders are at the bottom of the ranking table. Tirana, the current champion, is in sixth place with 5 points and one place ahead of it is Vllaznia with 6 points. Laçi and Teuta, who were considered to be the teams that least covet participation in Europe, have 3 points each, respectively in places 8 and 9. While the team that was considered to be the main favorite, Kukësi, due to the powerful purchases it had made and the arrival of a professional staff led by technician Skënder Gega, is in last place with only 2 points.