"You liked my girlfriend's photo, I want your jersey", the fan's interesting request to the footballer (Video) 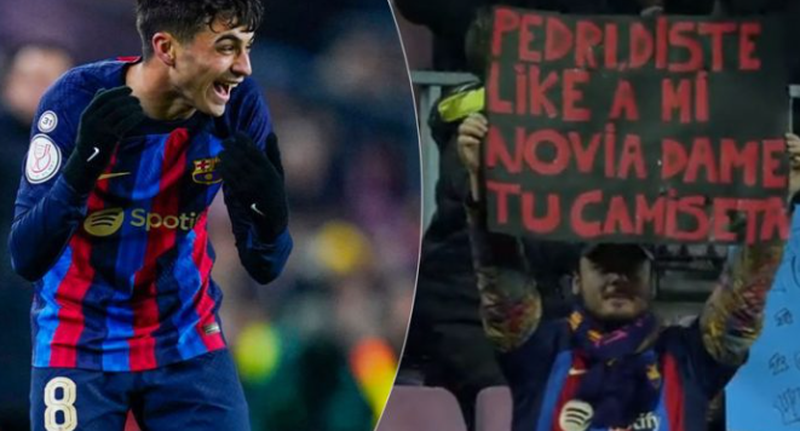 A banner in the stands has attracted attention during the Copa del Rey match between Barcelona and Real Sociedad. A fan has asked for Pedri's shirt for a very interesting reason.

"Pedri, you gave my girlfriend a like, so give me the jersey," he wrote on his placard.

The video of the fan holding this caption was published by the official Twitter page of the Spanish national team.

If Pedri really liked the photo of the fan's girlfriend, he obviously did not accept so easily that one of the most talented young footballers was flirting 'online' with his partner.

Otherwise, after the Copa del Rey quarterfinal challenge, Barcelona will play against Girona in La Liga on Saturday.