The classic of Albanian football is dressed in blue and white, the Super Cup belongs to Tirana 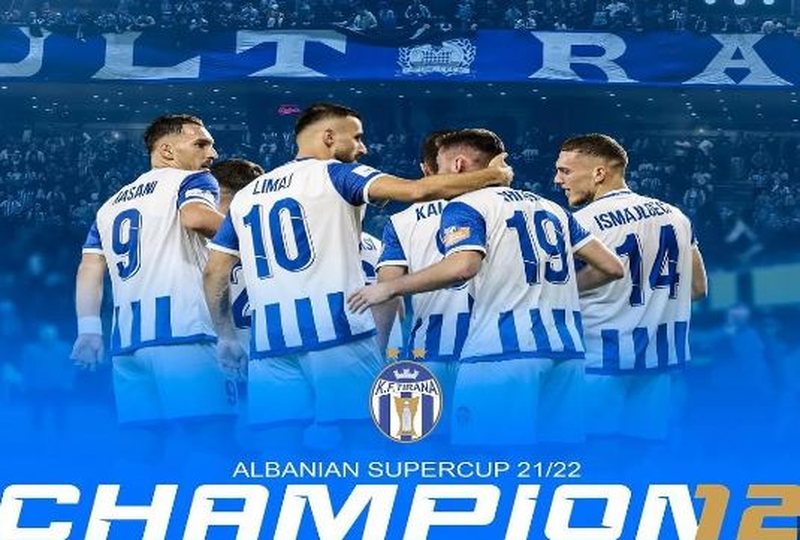 At the time when the Qatar World Cup has a moment of rest, as a result of the closing of the round of 1/8 of the final, in Tirana, precisely at the "Air Albania" stadium, one of the most important official duels of the season was played last night, the final of Albanian Supercup between Tirana and Vllaznia, which ended with the victory of the white and blue, who start this edition well, precisely with a trophy. The Albanian football classic is thus dressed in blue and white, but the game as a whole was equal and with claims from both teams. It must be said that winning the trophy more than the monetary value and image of the clubs, matters for the morale of the winning team that now has one more chance to win all three trophies of the season.

The Blue and White defeated Vllaznina 3-2 with a reversal at the "Air Albania" stadium, securing the 12th Supercup trophy. A great victory for coach Orges Shehi, who reacted like champions in two difficult moments. Although they were punished in the 7th minute by Esat Mala, the capital city managed to score two goals, overturning the result. Fantastic, extraordinary. A real gem is what Patrick did in the 39th minute, with a half-volley that is the envy of even the big names in football. A goal of exceptional value, which not only equalized the result, was giving heart and morale to the white and blue for the rest of the match. The second goal, the temporary advantage of 2-1, was scored by Florent Hasani in the 53rd minute, passing the pressure on the red and blue side. that after many efforts they managed to equalize in the 86th minute with an 11-meter shot by Latifi. However, in extra time, when there was no more time to react, Redon Xhixha punished the Shkodran team with the goal of the final score 3-2, with the Cup being lifted by the blue and white.

Tirana, dominant in the Supercup book

The Albanian Supercup as a final match for the trophy was created in 1989, as the team that won the title of champion and the team that received the Cup trophy faced each other in a final. This edition, as never before in the history of the Super Cup, the final did not take place in August or September, as it is regularly done, but in December. This is a special activity for this season. Meanwhile, it is learned that the Albanian Football Federation has not given any money to the winner this time. This shows that the activity has completely lost its value and in the conditions when a match is played for image and obligation, it loses its value by itself, since the teams that go to share the trophy do not have the right morale to play at their best. It's a pity when you think that the AFL has in its objective exactly the motivation of the clubs that reach these levels, as an opportunity to reward not only the clubs as an institution, but also the players who participate. Meanwhile, at the end, it is worth noting that Tirana is the club with the most super cup trophies, 12 of them. The blue and white club has won more than anyone else, while it is also the record holder in terms of championships won, a total of 26 such