The U-19 national team against Spain and Belgium, Cungu wants to surprise 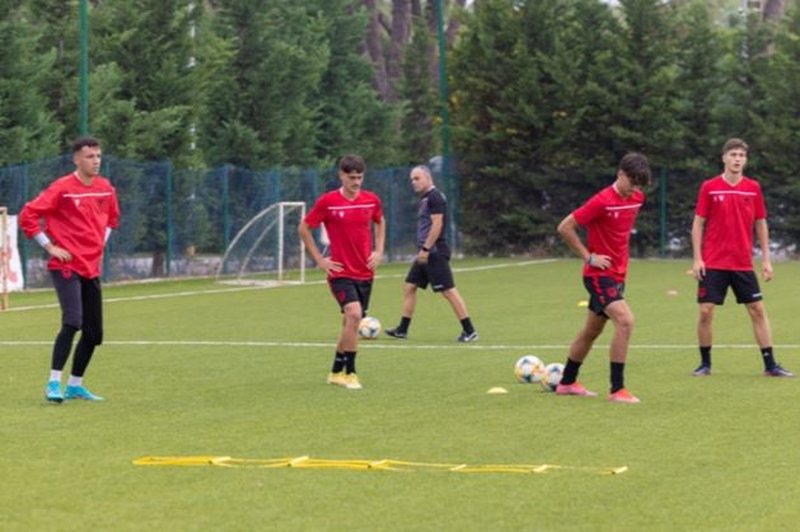 The U-19 national team is preparing from last Thursday for the official challenges of the European Championship 2023 qualifiers, matches that will take place in Belgium on September 21-24. The first meeting of the red and black representative will be against Belgium on September 21, while three days later they will play against Spain. The team led by coach Armando Cungu has been drawn in group 7 and will face peers from the representatives of Spain and Belgium. The Reds first gathered in Durrës where they held several training sessions and then traveled to Belgium, where today they will play the first challenge against the locals. Cungu has invited 20 players for these two challenges, while according to the technician the condition of the group is good and everything is ready for the premiere in the next edition of the European for this age group. In his statement for "Fshf.org", the red and black technician is optimistic about the team's performance, despite the fact that they will face two of the strongest teams in Europe, and beyond. For Cungu, this group promises continuity, as he emphasized that the team should not be afraid, but should enjoy this experience, produce football and try to the end to get positive results. "The condition of the group is optimal with a small exception of some players having physical concerns, but we will be complete for the first match of the qualifiers tomorrow. I also refer to the preparations we made in Durrës, all the boys worked well and left a good impression on me in terms of expectations. It is a new group born in 2005 and 2006, there are players who promise continuity and the group is solid and has a great desire to play football and achieve results. This is very important for me as a coach.