Conte: Inter motivated in the derby with Milan, as a coach I would like one more day of preparation 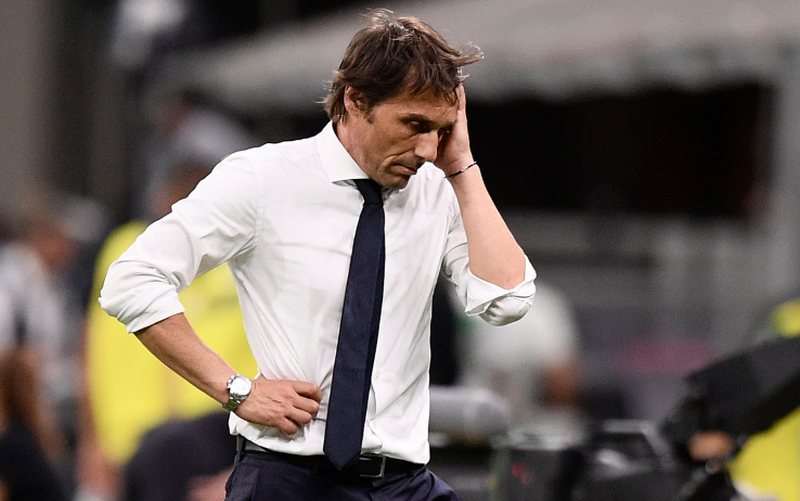 The well-known coach feels optimistic about achieving the maximum, highly appreciates Milan's progress, but believes that the Zikaltri can win the Madonna derby

Antonio Conte has appeared in the conference today, as the Milan derby is played tomorrow, between Inter and Milan. The Zika technician says that he would have preferred to have one more day available, while he further emphasizes that Eriksen is playing well and that he will have his opportunities with Inter. "We want to do well in every match and that every victory is worth three points. The derby has bigger difficulties, we face a Milan that is continuing the good last form of last season. "It is another strong team like Lazio, but we want to continue our journey," said Conte. It must be said that he also spoke about the difficulty of preparing the match, a challenge where neither the names nor the history are valid. The derby is a derby and Conte is clear about that, so he has in mind the details that can put the meeting in favor of the Zika. "If I had the opportunity to choose, I would have preferred to have one more day available. We know that there are calendars to be respected, as well as national team matches, and we have no choice but to adapt and respect this. Thus, we will prepare the match today between video analysis and tactical work, without straining the players who have just arrived ", further underlined coach Konte. He did not leave out of the spotlight either the striker Alexis Sanchez, who may or may not play due to a minor injury. "There is a muscle fatigue, today we will make the assessments with a lot of attention. We have to play seven games in three weeks and if he will be available tomorrow it is because there will be guarantees, he also takes responsibility. Otherwise, I prefer to wait for the next match, but at the moment I do not rule out anything ", added Conte. Finally, he did not miss his comment about the attacking midfielder, the Welshman Erikson, who bit him two days ago with his representative, when he said that the coach of the National Team knows how to evaluate him and get the maximum. But Conte has remained calm even at this point, trying to create problems, moreover in this eve derby with Milan, a match that is very valuable for the first part of the season. "I'm playing more or less I do not know. I know he is playing properly in respect with the team. I may be wrong, but I'm happy about what Eriksen is giving the band and I think he'm happy too. There will be space for him as well as for others. "It will be a long season." It should be noted that the Inter-Milan derby is one of the most spicy in Europe. Although the teams during these years have not been at the top of European football for clubs, due to internal developments, they maintain a great stature in Italian and continental football. This will be the first derby of the season between them for the new edition. Inter has the greatest chances for victory, based on the potential of the group, which is based on the qualities it has. Plus Conte is a master of results.

Official / Suad Lici resigns from the post of administrator at Vllaznia! Here is who is appointed

The "Old Lady" starts well in the Champions, wins 2-0 against Dynamo Kiev. Spectacle at PSG-United, the English win 2-1. Barça shines 5-1 with Ferencvarosh

Verona coach Juric: Plums are a phenomenon, no one does the job like him

The league takes a step forward, there is progress in the talks with Fidel Ylli, but the ball does not "rotate"

Juventus starts with the good leg of the Champions League

Barcelona bid 17 17m for Messi in January, better than leaving in June at zero cost

Broja in the formation of the week in the Netherlands, Roma suspect that Plum is infected with covid

The league continues the boycott, attacks RTSH, today a meeting with government representatives