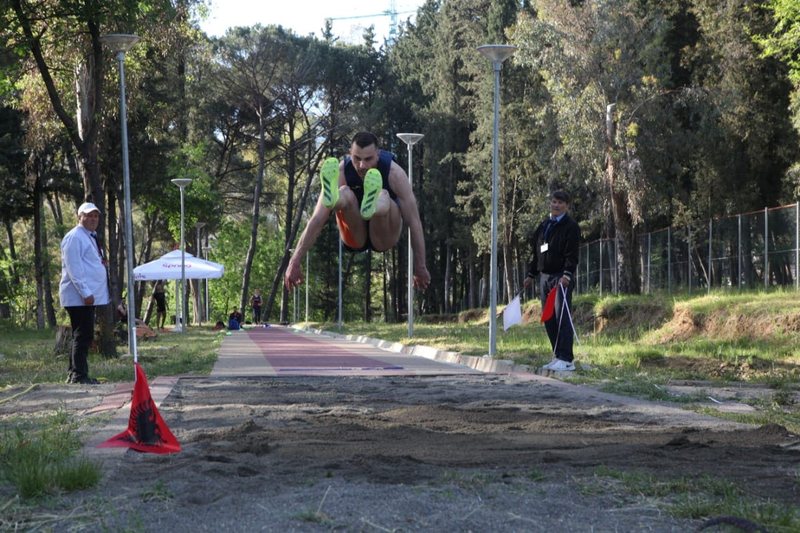 A few days ago, Albanian sports fans learned and followed in the media the unusual success of athlete Izmir Smajlaj, who set a new national record in the long jump, a record that comes after a long and systematic work, but also a persistence as a rarity, with the ambition to transmit this success in international competitions to increase the image of Albania and to bring medals to the country. There were days when he was preparing, he had done control races and there were weeks that he did not go below 8 meters. But only a few had expressed interest. In a polarized society, with big and various problems, where the parliamentary elections and the rhetoric of the day had received attention, a guy emerges who shakes the dust and the institutions, but also wakes up the society, to remember that in this country there are also value. And where better than in sports and who better than Izmir Smajlaj could do this? The golden boy of Albanian athletics has been in the spotlight for several years, when he was proclaimed European champion from the center of Belgrade. Then come the difficult moments with not easy injuries, but never surrendered, until, finally, he returns to his results and finally with a new national record. 8 by 16 cm, this is the new record of Izmir Smajlaj, scored on the dance floor near the Lake Park in Tirana. A 5 cm break of the previous record held by him fixed almost two years ago. This result is automatically a qualifier for the Olympic Games, although it must be fixed in international competitions. Everyone was informed that on the afternoon of May 8 there would be a record, because all his evidence of recent weeks confirmed the accuracy and overall conviction of coach Gjergj Ruli. This record does not come by chance, it is the chronology of records that culminated with this race, but that will not be the last. This athlete has skills for more and this is not confidence but fact based on work.

Record in the forest and the message for the Albanian youth

Unusual momentum, hellish speed, perfect flight and fall and in the end the figures speak for themselves: 8.16 m, result to remove the "hat". Numerous attendees burst into applause. Someone also has tears of joy. This person is not only the coach who works and follows the athlete every day, but also those ordinary citizens who attended the race, who understood that a small country like Albania has a champion of such world proportions. Tears of joy because, although there are no good infrastructural conditions, Albanian athletics does not lack talents or champions. Tears of joy because, even though Albania is a country full of problems, there are still people who represent this country with love and record such high results that make us all proud. Indeed, Izmir Smajlaj is no exception, he is one of us, but unlike "the rest of us" who deal a lot with rhetoric, politics and stay in cafes, he has chosen to do what he knows how to do best, jump and record new records. The video of his race is making the rounds of the network, even crossing the borders of small Albania. On a track hidden in a forest of the Albanian capital, an athlete sets a new national record in the long jump, making his compatriots proud. It is probably the least suitable track in Europe, but it does not prevent the athlete from exceeding expectations and reminding the other young people of this country that work and will, along with talent of course, make him a champion and record holder. Already the athlete intends to participate in the Olympics, participation that will come in one form or another. Not only that, but with the passage of damage and return to its parameters, can approximate it in the results he and coach Ruli have set themselves as a goal. This objective, if translated into the language of numbers, speaks of a result approaching 8.40 m. For Izmir Smajlaj, nothing is impossible and unattainable, so new records await him in the future and the chronology of records continues.