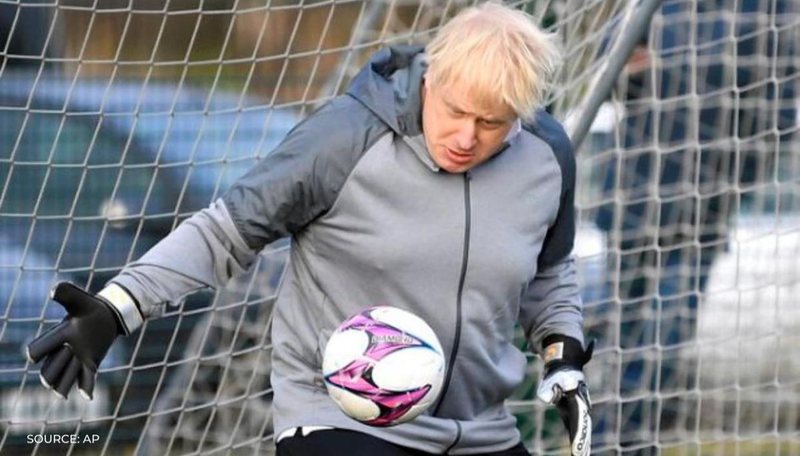 The coronavirus pandemic hit football in all its dimensions, overshadowing many objectives of various clubs and federations, but also the top European and world football bodies such as UEFA and FIFA. For the latter two criticism has started massively, as elite clubs want fans in the stadium to cover their expenses, while many other clubs around the world are on the verge of financial bankruptcy. However, there are those who give guarantees and even want parity when it comes to organizing big events and one of these countries is England, the homeland where football was born, which wants to host the European and the 2030 World Cup. first the European, then the World Cup. Thanks to the vaccination plan, which is being implemented in the UK, "Prime Minister Boris Johnson has nominated England to host all the matches of the next European, and has thrown the idea of ??organizing the World Cup in 2030 together with Ireland", write the prestigious sports media of the old continent. In fact, the attitude of British Prime Minister Johnson can be seen not only as a signal but also as a pressure on the two bodies that manage football at the highest level in the world to give the English federation a chance to be hostile. As it is known, according to the current calendar, compiled by UEFA, London at the "Wembley" stadium will host the two semifinals of Euro 2020 (July 6-7) and the final on July 11. But Johnson, who announced a special allocation of funds to support the 2030 World Cup candidacy, called on UEFA to review the distribution of matches under pandemic conditions. The UK has vaccinated over 21 million people so far. "We are ready to organize every other match. We are also very determined to bring home football back in 2030. I think we are the right place. We are the home of football. 2030 will be the right time. "It would be a great thing for the whole country," he said. Since the beginning of 2021, the UK has been blocked due to restrictive measures. Although in more moderate forms, the measures will remain in force at least until mid-June. Then, if the situation allows, Johnson announced that sports facilities will be reopened, in order to allow fans to return to stadiums on the occasion of the European Championship. According to the initial plan, European matches will be organized in 11 different cities of the continent. "At the moment there is nothing concrete, but UEFA knows that if it wants to move some games to England, we are ready," concluded Johnson. It remains to be seen what position UEFA and FIFA will take, especially the latter, which has given the floor to many other countries, including outside Europe, but this time the English can succeed.