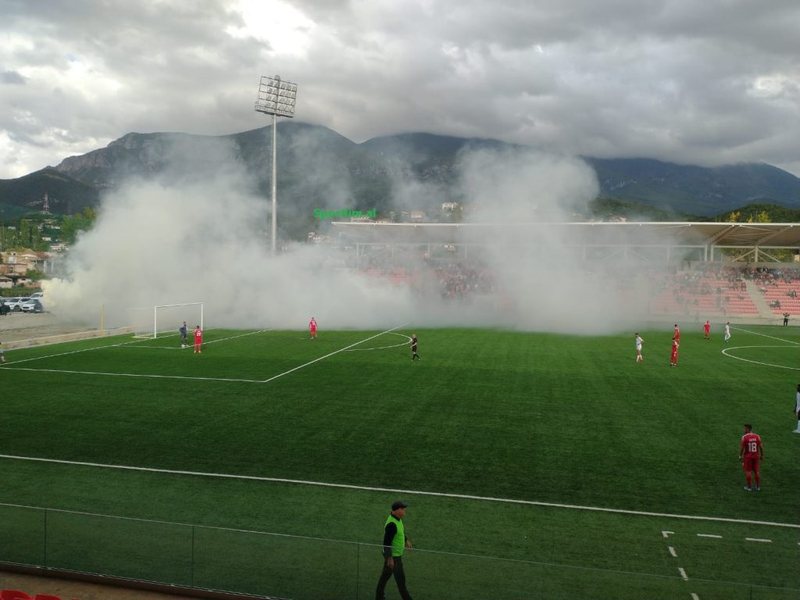 Partizan disappointed in the first match played in the new sports complex in Tufin, after drawing with Orik 0-0 in the first match in the first round of the Albanian Cup. In fact, more than the name of the opponent and the level of the competition, or even the objective, for Partizan it was of interest to play the first meeting in the new complex, so it was like a test match, to test the organization, the capacities of the plant and the field . All in all, things went well, despite some small interruptions due to the throwing of cigarette butts, but in the end the result was not promising, as the return match will have to be played for the qualification. However, Partizan remains the favorite. Meanwhile, the red club has announced the extension of cooperation with Xuliano Skuka, the main scorer of the team that is leading the Albanian championship. 24-year-old Dibran, became part of "Bulls" in the January market, and so far he has managed to score 12 goals in Superiore with the capital team, 3 of which in the current edition, as the new contract keeps him connected with Partizan until 2025. "FK Partizani is pleased to announce the extension of cooperation with Xuliano Skuka. The 24-year-old and the managers have today signed a new contract valid until 2025, positively concretizing the forward's future at Partizan. The renewal of the contract came with the desire of both parties, a fact which best reflects the trust and correctness of the Club-Player relationship", reads Partizan's official post. Meanwhile, Tirana easily defeated Koplik with the result 0-3. Lushnja also won in this group, which defeated Tërbun with a score of 2-0. The return matches will be played on October 12.