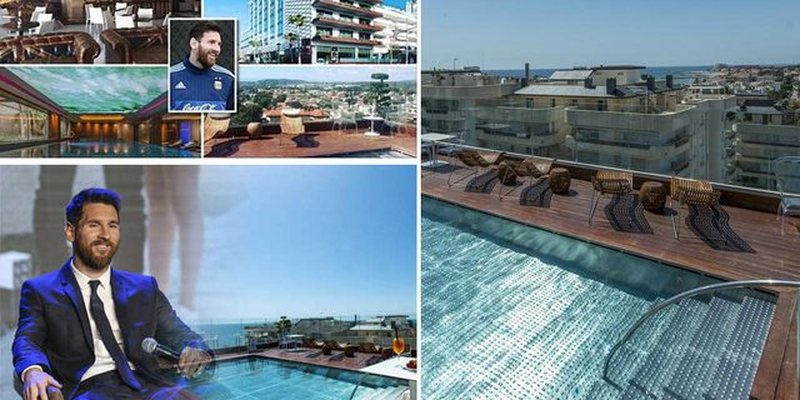 Lionel Messi has recently won the seventh Golden Ball, but things are not going well for the Argentine in the real estate market.

It turned out, in fact, that a luxury hotel bought by the Argentine champion south of Barcelona may have to be demolished by order of a court decision. When he was in Blaugrana, the "flea", in 2017, bought the Mim Sitges hotel, not far from his private property, for 30 million euros.

Unbeknownst to him, the accommodation facility, reports the online newspaper El Confidencial, also taken over by The Times and Bild, would be in danger of collapsing because the building would violate urban planning regulations.

Moreover, the previous owner would have been aware of the irregularities and the demolition order at the time of the acquisition by Messi. El Confidencial reports that the PSG striker declined to comment on the matter.

The four-star hotel, with spa and 77 rooms, is managed by the Majestic Hotel group and is located 50 meters from the beach in the tourist resort of Sitges.

The scandal breaks / The network that rigged matches in the European country is discovered, it is suspected that...

Ibrahimovic turns into an actor, threatens a driver on the road in the form of a bandit

Edi Reja "scans" the Reds and Blacks: I see Bajram at Fiorentina, while Asllani needs to improve

Vlaznia e Josa with title claims, and purchases are made for this objective

The 22-year-old girlfriend almost killed him, the well-known showbiz character is released from the hospital/ Here are the charges against her

"Finals are not played, they are won", Real, the absolute champion of Europe for 2022, draws Milan and Barcelona, ??Benzema and Ancelotti go down in history

Taulant Stërmasi: Luiza Gegë is rewarded by the law, but the fifth place in the world deserves more

Coach Xhiovani Kolela is introduced to Partizan, the new Reds and Blacks are added to the Italian Serie B

Mike Tyson's story with tigers, from biting his arm to neighbors' complaints