Lara Kolturi, Italian ski talent will compete for Albania, Çuçi provides her with a passport 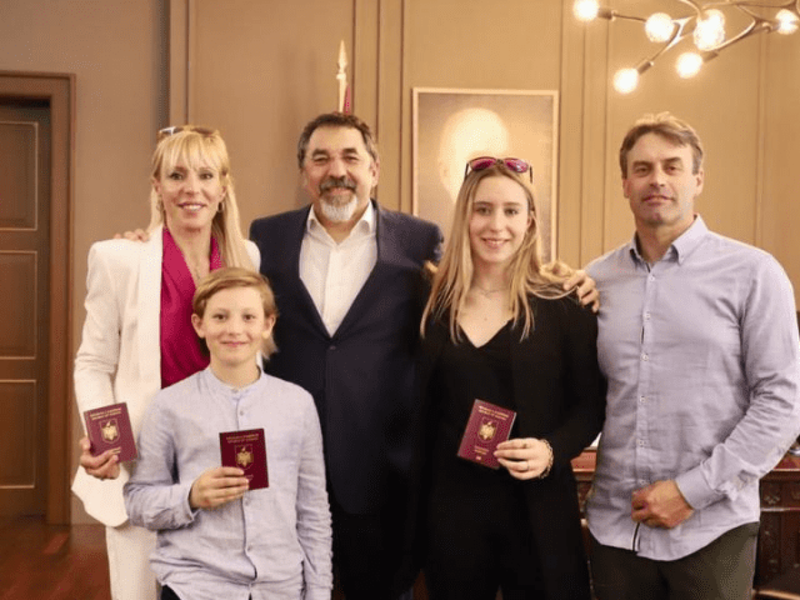 After gymnastics, wrestling and other disciplines, skis will also be represented by foreign athletes. Albania does not have quality athletes in multi-sports and in the absence of talent and elite athletes, some federations are finding solutions with foreign athletes, in order to be represented in important competitions. Yesterday, an Italian athlete, described in the media of the neighboring country as the talents of the future, received an Albanian passport and will represent Albania in major ski events, but with the red and black flag. The news was initially given by "Gazzetta dello Sport", but it was soon confirmed by the Albanian side, as the athlete and her family were provided with an Albanian passport. Thus, Lara Kolturi will compete for Albania. The 15-year-old daughter of Olympians Daniela and Alessandro Çekareli, one of the greatest hopes of Italian skiing, is officially included in the databases of the international federation as an athlete from the "Land of Eagles" and not from Italy. "Shirt change" is possible until the age of 16 - Lara will return it on November 15 - without having to issue a permit from the federation of origin.

It is the Italian media themselves that write that Albania, which apparently offered favorable conditions, will in fact guarantee those who follow the girl to have their hands free in many aspects, technical and commercial. The hypothesis has been talked about for some time, but yesterday in the circles of "FIS" (Italian ski federation) there was surprise, as it was thought that the issue had been resolved. Lara still appears among the athletes "observed" by this federation: in fact, in the coming months she would have entered the skiing of the big ones. And he will do it, but for another country for which he has received his passport, a basic condition for being registered in the "FIS" lists. Cancellation for Italian skiing, because Lara has been considered an absolute talent for years and her future as a protagonist is predicted, already from the Milan-Cortina 2026 Games, of which from 2020 is also an ambassador. If he decides to change country and return to compete for Italy, Kolturi would lose all the points earned by "FIS".

The Minister of Interior of Albania, Bledi Çuçi, from social networks informed that the Italian athlete, Lara Kolturi, has been provided with the Albanian passport, which was handed over to her by the Minister. He says that Kolturi will compete for the colors of the red and black flag. The Albanian passport was also given to her younger brother and mother, Daniela Çekareli, a former Olympic champion, who will now lead our national team in the sport of skiing. The president of our ski federation, Elvis Toçi, and the head of KOSH, Fidel Ylli, influenced this movement. "It is a special pleasure to give the passport to the youngest Albanian, Lara Kolturi, who will soon compete with our national flag in the sport of skiing. By nationality and also Italian citizenship, Lara is a talented and very promising athlete,