Levandovski is not enough, France beats Poland and moves to the quarterfinals as contenders 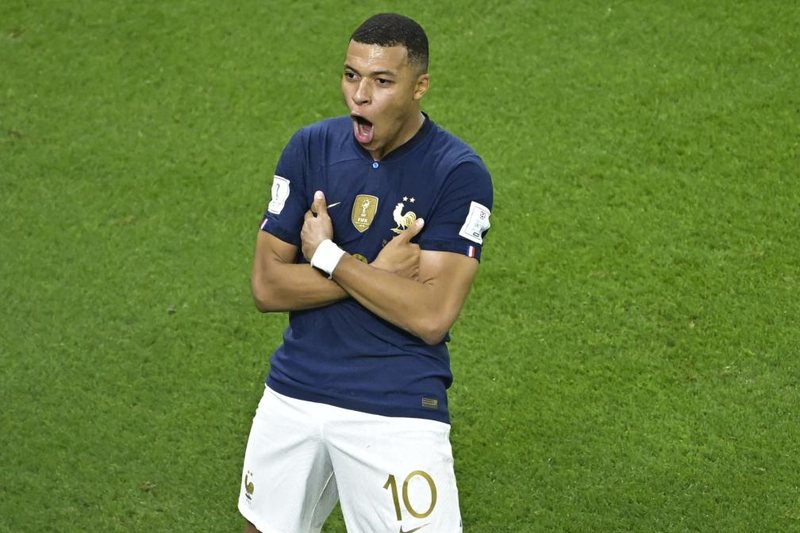 France beat Poland yesterday with a score of 3-1 and secured passage to the quarterfinals of the World Cup in Qatar. It was a relatively easy qualification, as the differences between the two teams were very large. Levandovski scored in the end for the Poles, but his goal was for statistics because the French "Roosters" had "hypothecated" the qualification, thanks to an impressive performance by Mbappe. In fact, France started with a bang, looking to show their strength from the opening minutes. It was two shots from Tçuameni and Dembele that tested goalkeeper Shezni, respectively in the 13th and 16th. After this fraction of the game, Poland recovered and also "threatened" the French. The first chance came to Robert Lewandowski who attempted a long-range shot that ended just inches from Lloris' box. Anyway, the best opportunity for the Poles was recorded in the 37th minute, when first Zielinski and then Kash appeared inside the Roosters area with Varane saving the ball on the fatal line. But, this good moment was not used by the Poles who were hit only seven minutes later by Olivier Zhirud. The attacker combined beautifully with Mbappe and in front of Shezni he did not make a mistake. Celebration in France, also a moment of pride for Giroud, who with 52 goals became France's best scorer, leaving behind a legend like Thierry Henri. The first half ended with a 1-0 advantage, while in the second half, it was again the reigning World Champions who appeared more attack-oriented to find the second goal. Mbape, Dembel, but also Girud tried, and the latter even scored again with a lob this time, but the game was stopped earlier for a foul on the Polish goalkeeper. However, the second goal came in the 74th minute by means of a perfectly executed counterattack by Dembele and Mbappe, with the latter successfully finishing the action as with an accurate shot in the area, he left no possibility of reaction the Polish goalkeeper. A goal that "cut off the knees" of the Poles and forced them to surrender prematurely, while Mbape found time for another goal. Again inside the area, the 23-year-old struck with effect and deposited the ball in the back of Shezni's net, the fifth goal in this World Cup, leading the scoring list. In the end, there was time for a goal by Robert Levandovski, who scored from 11 meters, a net that served as a personal statistic for the attacker who ends this World Cup with two goals. Thus,