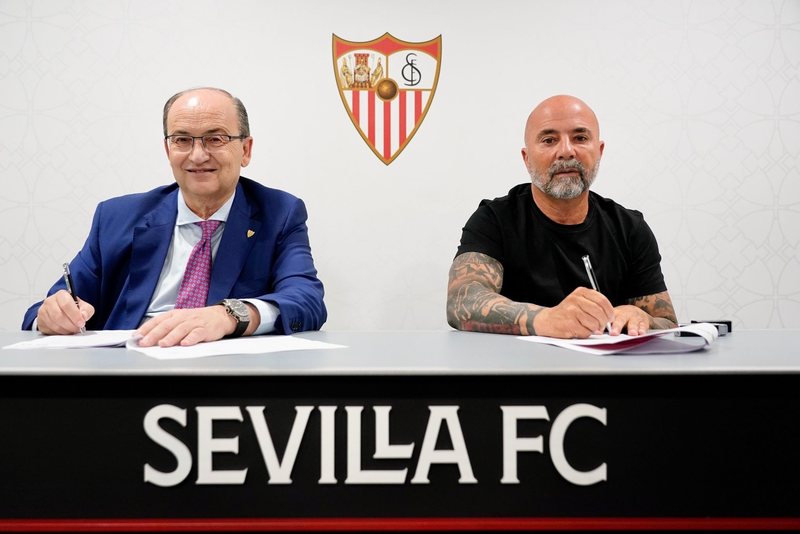 Sevilla and Jorge Sampaoli have reached an agreement for the Argentine coach to return to the Andalusian club (first period, during the 2016/17 season). Sampaoli signed until June 30, 2024 and will hold the first training session this very evening at 18:30. Along with him, as part of the coaching staff, Jorge Desio, Diogo Mescine and Pablo Fernandez also join Sevilla. Sampoli replaces Lopetegui, who was sacked after a string of poor results, culminating in a recent 4-1 defeat to Dortmund. The Argentine's biggest achievement as a coach is the triumph in the Copa America in 2015. His last experience was in charge of Marseille in France, where he finished second behind champions PSG.