Licensing, the new platform of FSHF “cake and basket for clubs 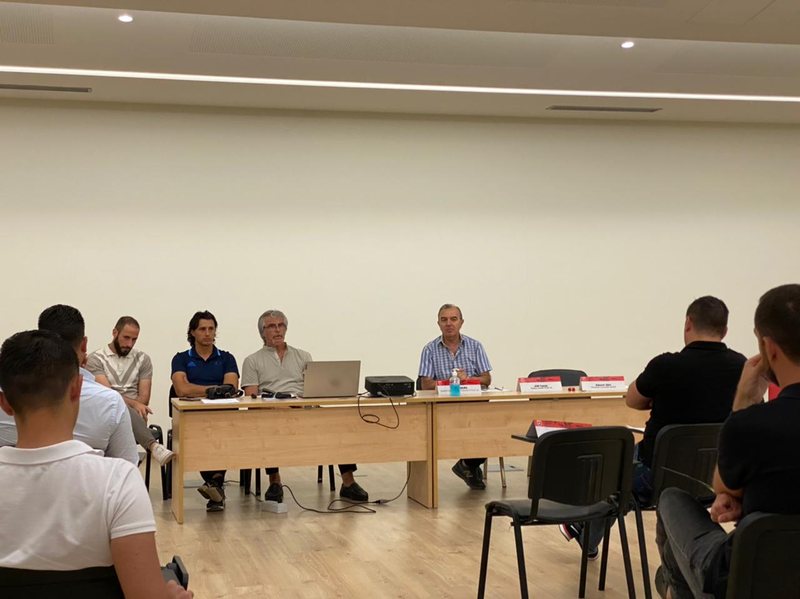 The "cake and basket" policy that the Albanian Football Federation is applying to Superior clubs seems to be working wonders. This is because it is the new UEFA rules that have become mandatory for clubs to prepare and include in athletics the athletic trainer, who, as a profession, is taking an increasing place in modern football. The AFF is well aware that our clubs have neither the training nor the financial capacity to invest in athletic trainers, who receive them from athletic clubs or from abroad, so it insists that the clubs stick to the Executive Committee of the federation. , who does alms, but also blackmails the clubs to stay in the "groove" of loyalty to President Duka and his confidants in the federation.

The Licensing Sector in the Albanian Football Federation has organized today a meeting with the clubs of the Superior Category where it has informed them about the ways of fulfilling the criteria in the licensing regulation. Starting from this edition, the licensing regulation of Superior clubs is in line with the UEFA regulation for participation in European competitions. The meeting was also attended by the Head of the Athletic Preparation Sector at the AFF, Luigji Febrari, as well as the athletic trainers of the National teams, Luka Laurenti and Iris Selimi, who spoke about the important role that this figure has in a football team. The Executive Committee of the AFF has decided that starting from this season, the clubs of the Superior Category have the obligatory presence of an athletic trainer in their staffs, while it should be noted the fact that the Football Federation has from time to time organized courses for this so important figure in football, where they have read great names of international football. Also, the Licensing Sector expressed its readiness to help the Superior Category clubs that will participate in the European competitions, UEFA Champions League and UEFA Conference League.

How is the situation of the athletic trainer in Albania?

In an interview a few days ago, Dritan Baholli, who is the head of physical training in the age group of Austria, said that he did not know the strategy followed by the AFF, but he recalled that this profession is gaining great value everywhere in the world today. because it increases the performance of the players. "The athletic trainer today comes from every corner of the world, Uruguay, Argentina, USA, Portugal, etc. What matters is his experience and success over the years. His quality has increased, but also his responsibility. Everything is monitored. Even Albanian football can not close its eyes and see as secondary this key position in modern football. Many Spanish teams have started selling their "Know how" (Tech and Scouting System) in England, USA, Asia. For example, Valencia in collaboration with "Valencia University" has developed a completely new way of testing new players.