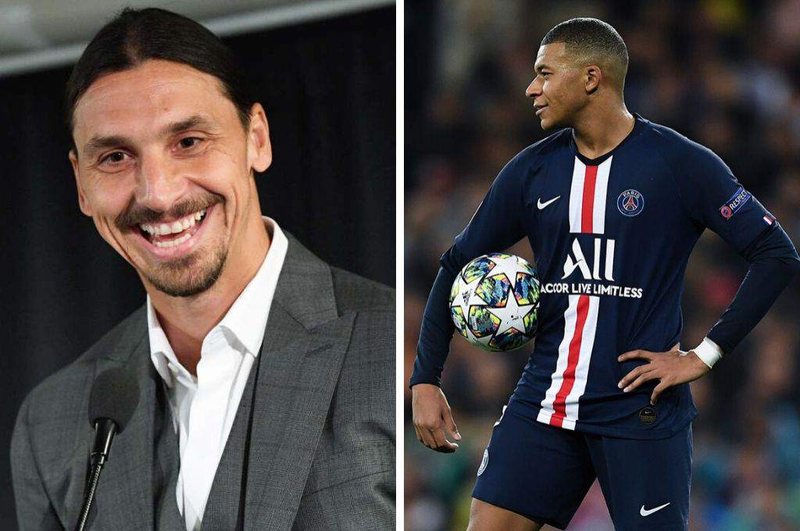 The Milan striker reveals in the interview given to "Corriere della Sera" that he had advised the departure of Mbapë, but he regretted

The tall striker of Milan and the Swedish national team, veteran Zlatan Ibrahimovic surprises whenever he talks about his career and especially about the tense relations with some players. Some have made friends, but there are others who have ended up in hospital from him. Meanwhile, a new game of his with the talented PSG striker Kilian Mbape has happened recently. Thus, Zlatan has admitted that he had advised Kilian Mbapena to leave Paris San Germain and join Real Madrid. Mbapena has been widely rumored to be able to join Real Madrid and Ibrahimovic believes the 22-year-old can shine in an environment like the Santiago Bernabeu. Real Madrid made three luxury offers for Mbapen last summer, but PSG turned them down. Madrid is expected to return to Mbapane in January, or at most next summer when the Frenchman's deal with PSG ends and he becomes a free agent. "It is true that I advised him to leave the club," Ibrahimovic was asked by the Italian daily Correire della Sera if he had told Mbapes to leave. Ibra, who has made 180 appearances for PSG, revealed that he later told PSG president Naser Al-Khelaifi that it would be foolish for him to let Mbapen leave. "Mbape needs a more organized environment, like the one in Real Madrid. "But then I told the PSG president not to sell him," he added. Mbape joined PSG in 2017 on a loan deal from Monaco initially, before signing a long-term contract. The 40-year-old striker revealed that he had been very friendly with Lukaku and that he was involved in the debate to protect his teammates, as he also told an interesting story with the rituals that the mother of the Belgian striker follows. "Lukaku was caught first with Saelemaekers and then with Romanjoli, so I intervened to protect my friends, but he attacked me on a personal level. We have been very friendly with Manchester and as for the bet to stop the ball, it is true, even that Lukaku has accepted the challenge. He has a very strong ego, thinks he is a great footballer and is really very strong. But I grew up in the ghettos of Malmo and when someone comes in front of me with my head down, I show him the place, so I hit Lukaku at his weakest point, the rituals of his mother. However we lost the derby,

"I will never become president of FSHF, I am not capable" / The statement of Dritan Shakohoxha is published, who is 'breaking' the network

Goal of the year is scored, the football player realizes the "crazy" shot (VIDEO)