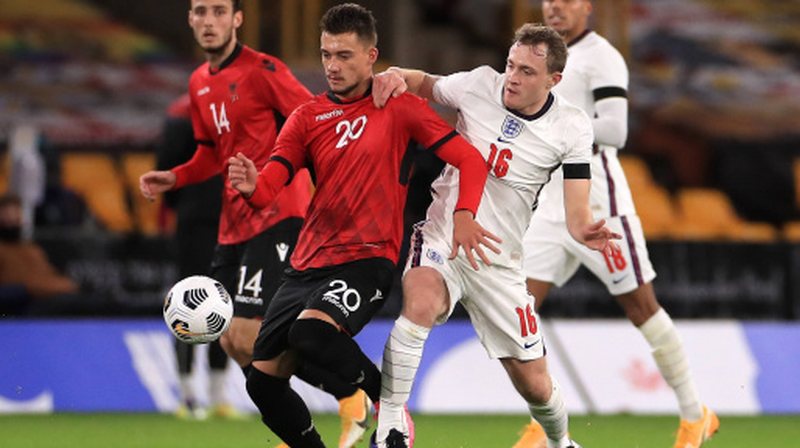 At the end of this month, Albania will have two official matches within the eliminators of the World Cup "Qatar-2021", but the uprising is the one with England, which will decide at the beginning of what time we are and how far we can go. reach. A positive result against the English could give hope to Albania to believe until the end in a World Cup qualifier, otherwise we have to think about a lower target, which is a second or third place that also does not are bad positions. In the framework of these matches, the coach Edi Reja, will invite the players in better shape, not leaving out of the attention even the young people. One of the footballers who asks for an invitation and a chance is the former striker of Tirana, now of the Warsaw Legia, Ernest Muçi. In a direct connection with the show "Gol Zona" on "Supersport", Muçi spoke for the first time as a footballer of the Warsaw Legia, showing the emotions of the debut, some more details about the transfer, but also the expectations in this adventure. Muçi also revealed his wishes for the future, underlining that he would like to play in Serie A, while waiting for his debut with the Albanian national team. "I experienced the transfer very well with the talks that lasted about a month. It was great confidence on the part of the coach that I played for 45 minutes. "I am very happy that I made my debut and that I got the victory", stressed Muçi. He then spoke about the offers that had come to him in the markets and the insistence of the Warsaw Legia. "I reviewed the offers with my family and then we decided to transfer to Legia. Here follows a little pressure as the club meets every condition. The team welcomed me well and I immediately became part of the group ",

Other Albanians failed, Muçi believes it is different