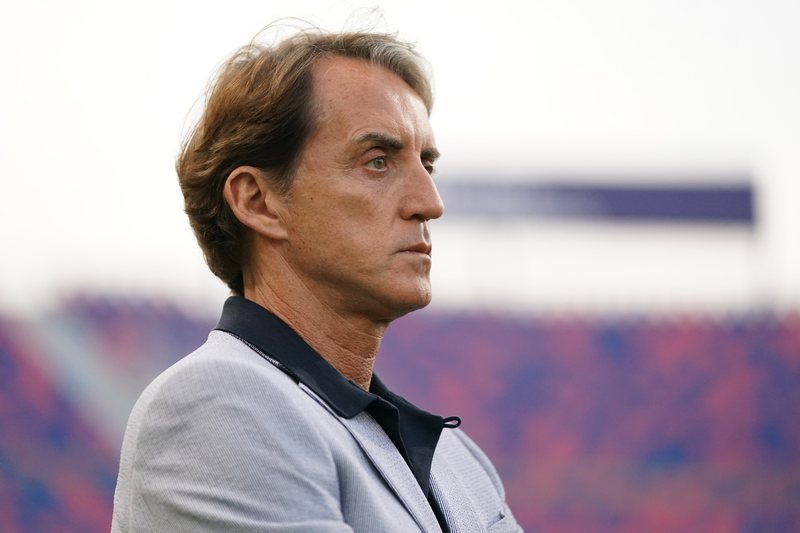 The coach of the Italian national team believes that they will start this year's European Championship and in the end he believes that it will be the "axurri" who will win the trophy.

For a month in a row, starting from today, June 11, the matches of the European Championship will be played. As it is known, this activity was supposed to take place a year ago but was postponed due to the pandemic. Now everything is ready and tonight opens the feature of one of the biggest football events. In the race are the representatives of the 24 countries, ie a very wide participation, which, unlike in the past, will play matches in 12 different European cities. Undoubtedly this is a novelty, while the big countries remain contenders, such as France and Portugal, which are considered absolute favorites, but also Germany, Italy, and Spain that are believed and will compete strongly. For the first time, a neighboring country, northern Macedonia, is participating in a European Championship. Exactly today, Italy plays the opening duel of the European Championship, coming down to the field, this Friday, at 21:00, against Turkey, at the "Olimpico" stadium in Rome. The Blues will be looking to kick off the big European event in the best possible way. Coach Roberto Mancini has written a heartfelt letter to the Italian people, who suffered more than the whole Coronavirus pandemic. Dear Italy, it seems that an eternity has passed since we got the qualification, that evening, in "Olimpico", against Greece. It was October 2019, we were euphoric. Sport in these moments, as I have said more than once, is an essential tool of our lives. It can help us feel better, it can help us temporarily detach ourselves from some complicated thoughts or moments. Sport can give us a lot of positive emotions. "Never before have we needed him so much," wrote Mancini. It goes on to choose words to give impetus to the boys of the team. "Our national team, in the European Championship that will start in a few hours, is aware of the representation of a fantastic and determined people, and for this reason I, together with the staff and the 26 boys who will go down on the field, will use every minute of this event to honor the country we represent. We know that our matches will be a unifying moment for millions of Italians. They will be moments of joy that will make us forget last year for a moment. That is why we will play this event aware of the strength of the blue jersey and the Italian people. United under a single blue sky, dressed in the blue blouse, let us unite together in a single choir that unites more than 60 million Italians: