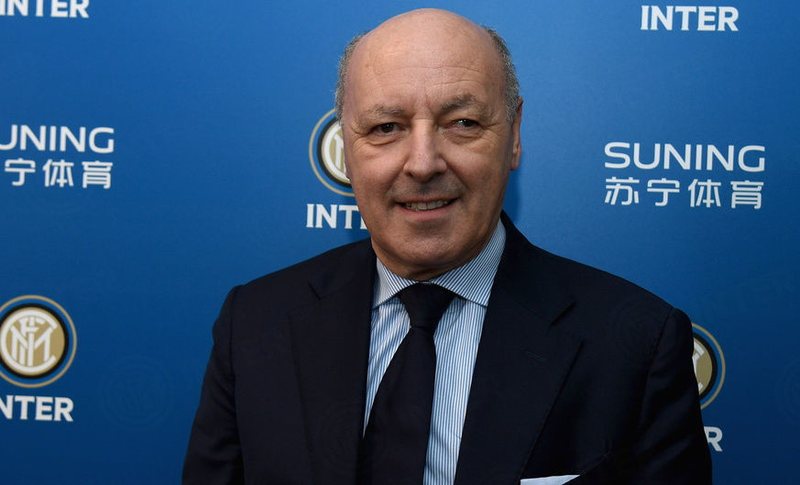 The delegated administrator of Inter did not hide that there is an economic crisis due to the pandemic, but added that the salaries of the players are not affected

Inter secured the title in Italy four weeks before the end, regaining the trophy after a ten-year dominance of Juventus. This success, widely celebrated by the Zikaltrit, even breaking the anti-Cavid rules on the road, was deserved, as during this edition Inter showed prudence, strength, dominance and finally a trophy that the players and technical staff led by coach Antonio Conte they fully deserved it. Meanwhile, there are signs of economic crisis and this is already openly talked about, but kjop is believed to not affect the contracts of black players. Thus, the Delegated Administrator of Inter, Giuseppe Marota, dismissed the rumors for a mood of footballers, due to a request for salary reduction, while emphasizing that in the black environment there is a celebration for the champion title and all bonuses will be respected. "It is not true that there is a mood disorder in footballers. We are all proud of what we have achieved and it is up to us to celebrate and enjoy it to the end, as especially the boys have shed a lot of sweat on the field this year. "Contractual obligations will be paid all, including bonuses on appearances or the title, as they are a deserved achievement for footballers", declared Marota. However, the black leader admitted that the economic situation at the club is not good, as in many other European teams and revealed that only in the coming days there will be an honest conversation with the players. "It is true that we have economic difficulties, but we are not alone. Many clubs in Europe are suffering, as stadiums emptied due to the pandemic have significantly reduced receipts. We have kept all the contractual obligations so far, but it is time to make a move for the future, because if it continues like this, many clubs will go bankrupt. We will talk to the players one by one and we will explain everything to them, hoping that we will find their understanding, as they are all professionals and understand the situation ", said Marota. Meanwhile, Ashley Jung's adventure with Inter seems to be coming to an end, as the English winger's contract with the Zikaltrit ends with the season and in Milan it seems that they do not intend to offer him an extension of cooperation. The 36 years on the Englishman's shoulders, but also the adaptation of Perisic as a winger on the left wing, have made the Zikaltri decide to terminate the cooperation between Inter and Jung, who will most likely return to England. Watford has openly expressed a desire to bring the English winger back to the team, and recently Inter Miami has been included in the race for his services, with David Beckham personally committed to convincing him. At 36 years old and having gotten the most out of football at the highest levels in Europe, the American MLS would be ideal for Ashley Young, who can pursue a career without the need for much physical exertion.