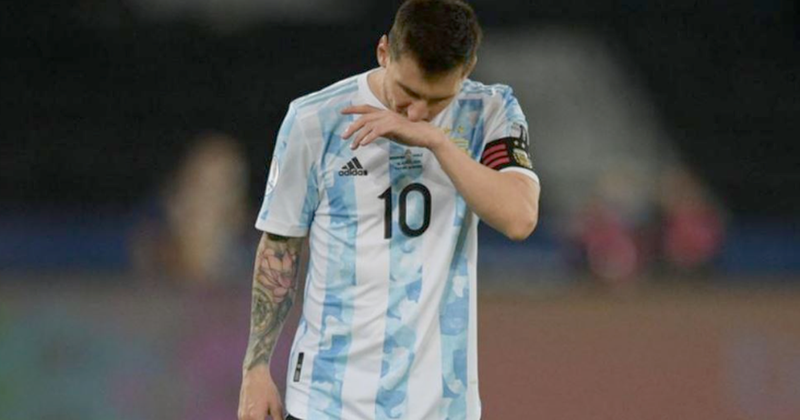 Mexico seems to be unable to "get over" the elimination from the World Cup, and more so the incident that happened in the dressing room with Leo Messi, who was accused of desecrating the symbols of the state after stepping on their jersey.

The deputy from the 'Morena' party that runs the country, Maria Clemente Garcia, proposed on Wednesday in the Chamber of Deputies that Lionel Messi be declared "persona non grata" in Mexico, after the gesture in a match on November 26, where Argentina won 2-0 in the World Cup in "Qatar 2022".

Garcia's reasoning is based on the video leaked on social networks, where Messi places his feet on a jersey of the Mexican national team on the floor of the dressing room, after Argentina's victory over Mexico in the group stage of the World Cup in Qatar.

"The Chamber of Deputies of the Congress of Mexico asks the Ministry of Foreign Affairs to issue the corresponding declaration, to declare persons 'non grata' within the territory of the United States of Mexico, citizens of Argentine and Spanish nationality, Lionel Andres Messi Cuccitini, due to of his apparent disdain and lack of respect for Mexico, which was observed during the World Cup on Saturday, November 26, 2022," the document states.