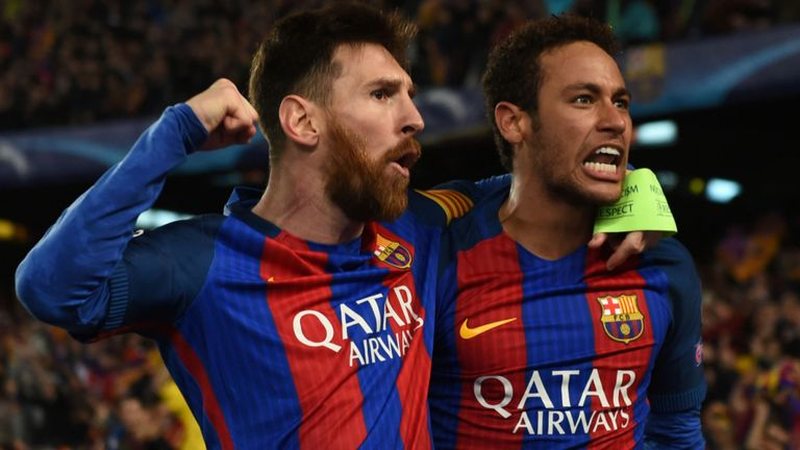 The Argentine striker has a key condition for the newly elected president Laporta, wants Neymar to return with the Blaugrana colors

While PSG together with the sports director Leonardo are working on the renewal of the contract of the Brazilian striker, Neymar, a contract that expires in June 2022, Lionel Messi is doing his best for the Brazilian to rejoin the "Blaugrana". According to French media, from the moment Laporta took over the presidency of Barcelona, ??Messi's farewell from the Catalans seems unlikely to happen and his stay could become even more likely in the event of a transfer of Neymar to the "Blaugrana". According to French media, Laporta has rejected a series of offers from Manchester City to become part of "citizens" Lionel Messi. The Latin American duo, Messi-Neymar played for 4 full seasons together at Barcelona, ??winning 9 titles, including the Champions League in 2015. Then the Brazilian left Spain to join PSG, with the latter that to enable the realization of this operation pays 222 million euros, a record figure. While Barcelona bring home the striker of the French champions, there are a series of obstacles in front and the economic ones remain at the top, as Paris is ready to offer 36 million euros per season to convince the player not to leave. Paris San Germain had rejected Real Madrid's offer worth 300 million euros for the Brazilian striker, Neymar. This was revealed by Vanger Ribeiro, who in the past was Neymar's agent. Ribeiro said that this offer, Real had made to PSG in 2019 but that was immediately rejected by the French team. PSG had replied that not even "one billion" euros would be enough for Real to transfer Neymar. "In 2019, Neymar was close to joining Real Madrid. Madje, "Real had offered 300 million euros for Neymar's card, but this offer was rejected by the Parisians", stressed Ribeiro. Neymar in 2017 joined PSG from Barcelona for 222 million euros, becoming the most expensive player in the world. The 29-year-old has a contract with the French team until next year and this season he has scored 13 goals and made eight assists in 21 appearances in all competitions. Meanwhile, the Catalan club received good news yesterday, regarding the attacking talent, Ansu Fati. As reported by "RAC1", the rehabilitation of the Barça striker is going well with the new treatment he is following. Ansu Fati, who was injured on November 6 during the goal-scoring victory against Betis (5-2), underwent surgery for the first time on November 9 on his left knee, performed by Dr. Cugat. Seeing that the evolution was not as expected, the Catalan traumatologist advised the young attacker to move back to the operating room and, according to TV3, Ansu underwent surgery again last January. Now the attacker is recovering normally from a knee injury, which gives hope for avoiding a third operation. Ansu will travel with the team to Seville to support his team-mates in the Copa del Rey final against Athletic Bilbao.