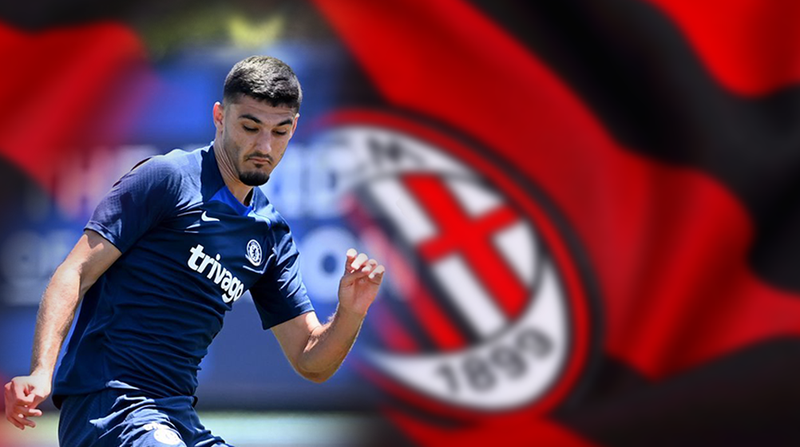 The Reds plan to make a 30-40 million shot and the ideal profile is the 21-year-old who plays for Chelsea and the Albanian National Team. The news was given yesterday by "Sportmediaset", clarifying that despite his young age, Armando Broja has accumulated experience in the seasons with Vitesh and Southampton. Respectively 30 and 32 games and 10 and 6 goals. He is an interesting player in terms of cost and perspective. He had ended up in Napoli's orbit when it seemed that he might lose Viktor Osimheni and despite being 191 centimeters tall, he is considered a versatile center forward who, in addition to playing in the air, also knows the art of dribbling. Next year, Milan need a player who gives guarantees in attack and Broja should be seriously considered, especially if we consider the age of Zltan Ibrahimovic (41) and Olivia Zhiru (36). The two veterans could leave at the end of the season, especially the Swede who is not known in what condition he will be and what he can give after he has fully recovered from the knee injury. Moreover, none of them can handle a full load of seasonal matches, while it remains to be seen what Origi will do this year. The Belgian continues to be injured and is not giving what was expected. In matches like those against Sassuolo and Napoli, coach Pioli had no wedge on the bench, because even the young Lazeti? is more often injured than ready. However, his young age does not allow him to be a reliable alternative. In these conditions, Broja, thanks to his physical strength, would make a blow for actuality and perspective. we remember,