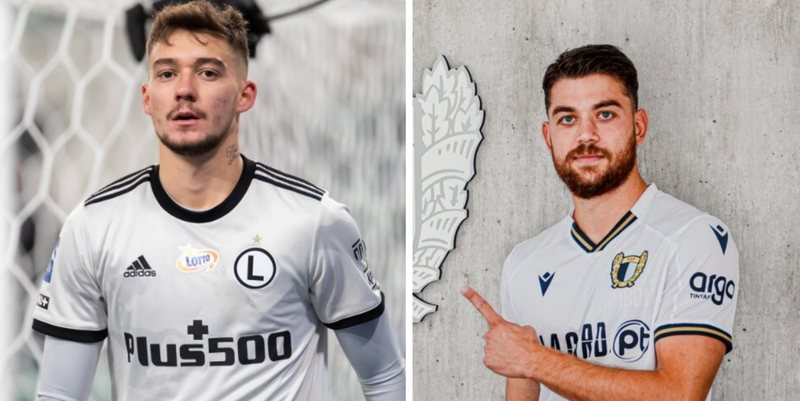 National team players have started a good season with their teams in Europe, giving positive signals for an edition that could be historic for their careers. Not everyone will have the opportunity to climb to the top, but it is positive that the number of Albanians playing in the elite leagues in Spain and England has increased significantly, not forgetting that there are a majority in Italy. But there is also interest in second-tier leagues such as Turkey, Croatia, Hungary and the Nordic countries. In the weekend that we left behind, there was a good performance of many red and black players, but the most attention was paid to the former striker of Tirana, now of Legia Warsaw, Ernest Muçi, who made two assists in his team's victory and was included in the list of the best players of the week, but defender Enea Mihaj also received special attention. which left the Greek championship and became part of the Portuguese first league. With this move, the player aims to take one more step in his career, but also to win a starting place in the Albanian national team.

The former quality footballer of Tirana, Ernest Muçi, has been included in the best formation of the fifth week of the Polish football elite. Undoubtedly, this is good news for the player who has claims to receive an invitation to the national team. The former striker of Tirana, part of Legia Warsaw, was the absolute protagonist in the 1-2 victory of his team in the transfer with Vidzev Lodz. The 21-year-old, despite not finding the net himself, assisted in both goals that Legia scored in the first half with Johanson (30') and Kaputska (42'). For the impact he had on his team's game, he was lined up on the right wing of the lineup of the week. Ernest Muçi has been activated as a starter in three of the first five meetings of Esktraklasa, and he was even able to find the net twice, in the 1-1 draw in the first week. in the transfer with Korona Kielce, and in the 2-0 victory against Piast Glivice, in the fourth week. Muçi can grow this season and if he maintains this pace, he will certainly get the attention of the national coach Edi Reja.

The red and black defender, Enea Mihaj, leaves Greece for Portugal, so the championship changes, moving to a higher quality league like the Portuguese championship. The defender of the Albanian national team leaves PAOK after three seasons to join the elite Portuguese football team, Famalicao. The 24-year-old has signed a three-year contract. "I come to Famalicao with great ambitions and I hope to be able to help the club to achieve its objectives. I hope to adapt quickly to become an important element within the group. I watched Famalicao's match and I am happy that I see the stadium full and the passion shown by the fans", declared the Albanian defender for the website of the new club. Famalicao has had a bad start to the championship in Portugal, having suffered two defeats in the first two games, ranking in last place. Anyway,