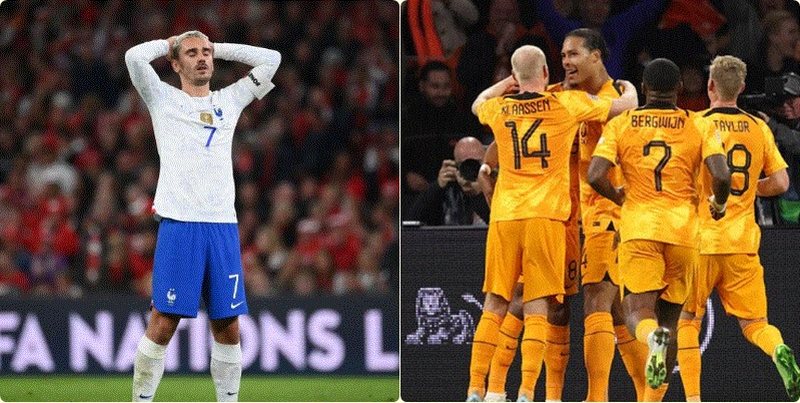 Nations League gave emotions, where the big surprise comes from Copenhagen as Denmark won 2-0 against France.

In the 34th minute, Damsgaard launches a ball from the wings for Dolberg, who extends his leg to score. The second would not be late and carries the signature of Skov Olsen. The locals managed the result in a fantastic way, taking home 3 valuable points.

Croatia won 1-3 in Austria. Modric's goal in the sixth minute was answered by Baumgartner in the tenth minute. In the second half, Livaja and Lovren "struck the net" (69', 72').

Finally, in Group 1 of League A, Croatia holds first place, followed by Denmark and France, while Austria drops one league below.

In the end, van Gaal's team holds the top spot. In the second and third positions are Belgium and Poland, while Wales falls from the League.