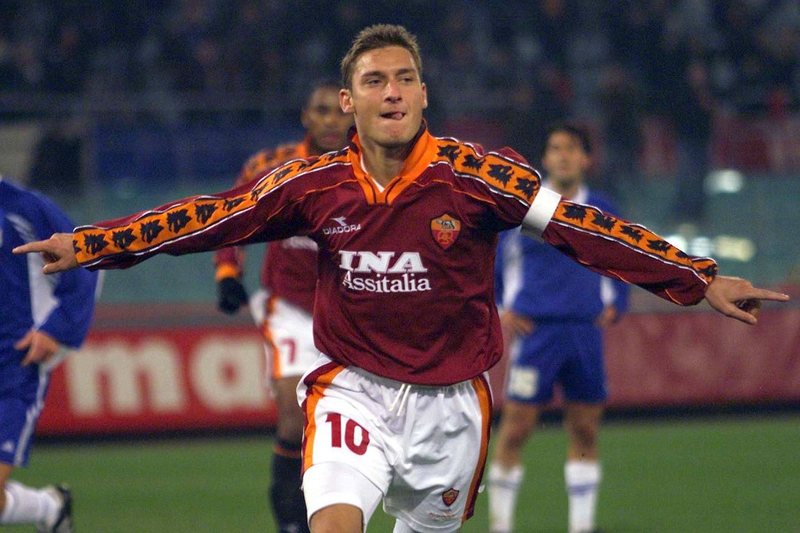 Francesco, how do you like this final here in Tirana?

I find this final very nice, it's always nice this match as it comes after a lot of matches played in the season and getting here means you did something good.

There has been criticism of the stadium in terms of capacity, especially you in Italy as Roma have a lot of fans.

Let's say the final stadium is placed in front of the teams that manage to play that match and any team that gets there, its fans would love to triple the stadium capacity. However I can say that the stadium is very beautiful, small but beautiful, at least as it looks from the outside but I will have the opportunity to see it from the inside as well.

For you it is the first time here in Albania in Tirana?

I have been a few other times, so in passing, not as a tourist.

Everyone is talking about Mourinho now, while if they find you too it will be difficult to circulate.

Then do not say anything to anyone, I am joking because everyone already knows that I will be here to watch the match, but this is something secondary in importance or something related to the image of this match, as today they have to think about the final and so on. The federation and UEFA have invited me here to watch this match, but also Roma because the connection is known.

How do you see this finale?

The final is a match in itself, a very difficult match let's pray for Roma to win but better not say anything ahead, let's see what happens.

Rome has 31 years of waiting for a European final, an even longer time without international trophies.

It has been a long time since Rome did not reach and win a European final, so I think the right moment has come to win this final and bring to Rome an international trophy.

Two words about Plum the defender of Rome and our representative?

Kumbulla is a really good player, every time he is activated he has given the maximum, so I can say that he is an important player, a necessary player for the team and for this reason every team in Italy would love him.

A prediction for the match today?

As a Roma fan I would prefer Roma to win, but it is a final match and anything can happen.