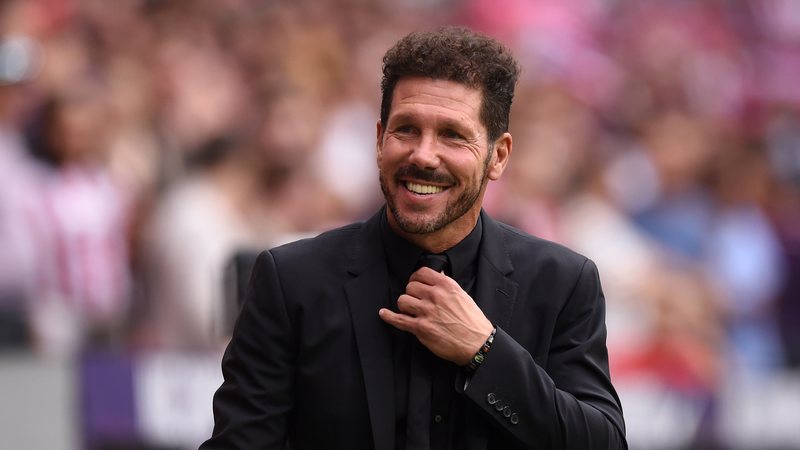 Pep Guardiola and Jurgen Klopp, not to mention Jose Mourinho and Zinedine Zidane, are considered the greatest coaches of recent years, proven by their success in European top leagues and in the most important continental competitions organized by UEFA. But none of them took first place in the polls that were done for the best coach of the decade. He is Argentine Diego Simeone, of Atletico Madrid. And he has been chosen as such, ahead of Klopp, Guardiola and Mourinho after keeping his Madrid team at high levels for many years. with a small budget, incomparable to Real, he has been able to rival Real and Barça and many big European teams with his Atletico. Thus, Diego Simeone has made many achievements at the helm of Atletico Madrid, turning this club into very competitive by reaching two Champions League finals as well as winning La Liga once (2014), which is not at all easy as it is the competition of Real Madrid and Barcelona. And, this is distinct when before Simeone declared him champion, Atletico had won the last title in 1996. All this, has led the IFFHS to declare the Argentine as the Coach of the Decade. Thanks to 152 points accumulated, Simeone has left behind Pep Guardiola with 144 points and Jurgen Klopp with 105 points. Meanwhile, in the continuation of this list, Mourinho is positioned in fourth place, followed by Alegri, Emeri, Zidane, Ancelotti, Pochettino and closes the first 10 Galardo. Thus, prestigious names such as Conte, Ferguson, Luis Enrique or Claudio Ranieri remain outside it. While there is praise and high praise for coach Diego Simeone, the Atletico Madrid club has been thrown into the market to bring in quality players and yesterday came a quality feed that coach Simenone had previously wanted. Thus, Everything is now official, Musa Dembele is the player of Atletico de Madrid. The French footballer joined the "Los Colchoneros" on loan, which made him official this evening, after he had lost the title role to Lyon, a team with which he has been active only six times in Ligue 1 this season. Musa Dembele was unable to travel to Spain on Monday due to heavy snowfall. However, 24 hours later, the attacker finally landed in the Iberian country and during this Wednesday passed the medical tests. To fill the vacancy left by Musa Dembele, Lyon approached Islam Slimani, the striker who was owned by Leicester City, but who during the first half of the season played on loan to Monaco (decided not to exercise the right to buy the Algerian card). It remains to be seen what other acquisitions Simeone will make at Atletico this winter, but it is a fact that this season his team is fighting for the title in Spain.

He was offered six million euros a year, Messi and Ronaldo reject the offer of the Saudi Arabian government, here is what he refuses to advertise

Over 200 million euros loss, Paris SG puts up for sale one of its "stars"

"Derby movie", Partizani publishes the video where coach Daja motivated the team against Tirana with "Gladiator"

The chances of Manaj returning to Italy fall, Barcelona demands 2 million euros and a final transfer