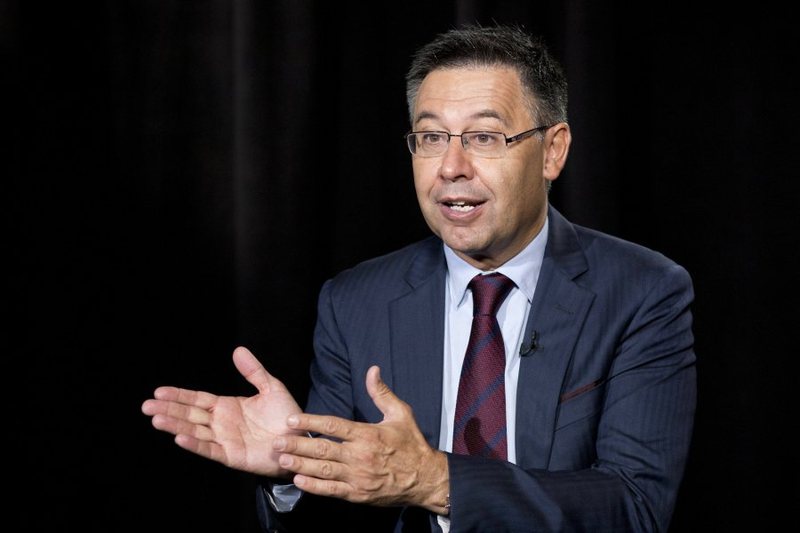 Bartomeu had paid a company ordering articles to hit the best players on the team, in order to suit his policy

Barcelona failed last year to achieve any goal, gaining almost nothing. The only achievement was the presence in the group stage of the Champions League, while in the 1/8 of the final he suffered a deep loss in the first duel with PSG, 4-2, being one foot out of the Champions League and for consequence towards another major failure. Meanwhile, the situation with Lionel Messi seems to have brought a final flaw and the "flea" can probably leave in the summer. The club has planned elections to be held this month, while a major scandal is unfolding in the blaugrana camp. It is about the senior officials of the club, who are believed to have been paid by a company that ordered writings against the key players of Barcelona, ??including Lionel Messi himself, in order to go the policy of President Josep Maria Bartomeu. It was the latter who was indicted and handcuffed yesterday, an event that has caused a great deal of controversy in Spain. It is the Iberian media themselves that give the sensational news. "Barcelona is shaken, the steering dome is arrested." The Blaugrana club received a severe blow this Monday morning after the Mosos team, part of the regional police of Catalonia, unexpectedly arrived at the Barça offices and handcuffed some of Barcelona's top leaders. Some of the leaders of the club have been arrested with the former president of the Catalans, Josep Maria Bartomeu, who has been detained by the police, while Oskar Grau, CEO of the Catalans, and Gomez Ponti, director of the Legal Service, have also suffered. All this happened because of the "BarcaGate" scandal, which infuriated the current leaders of the club. The media revealed that Barcelona was paying a company to discredit on social media the players who were against the leadership line set by Josep Maria Bartomeu. The target was Messi and Pike, or even names like Pep Guardiola, Xavi and Iniesta. In the Barça offices, in addition to arresting some of the leaders, the "Mossos" team also appeared to obtain valuable documents that could shed light on the investigations launched by prosecutor Alejandra Gil. All these events take place just one week before the presidential election that Barcelona organizes. It remains to be seen what will happen to you now with Bartomeu and the other detainees after this police action. They will likely be released and proceeded at large until appropriate evidence is gathered. That the club had paid a company to "sterilize" the image of the players had information since last fall, and even the defender Gerard Pike had spoken about this topic. This is definitely a super scandal that has gripped Barcelona, ??and the most serious thing is that the club pays to "dirty" the players that he himself has bought millions of euros. Of course, after this scandal, if the accusations are confirmed, all the players who have suffered "trauma" will leave the blaugrana club.