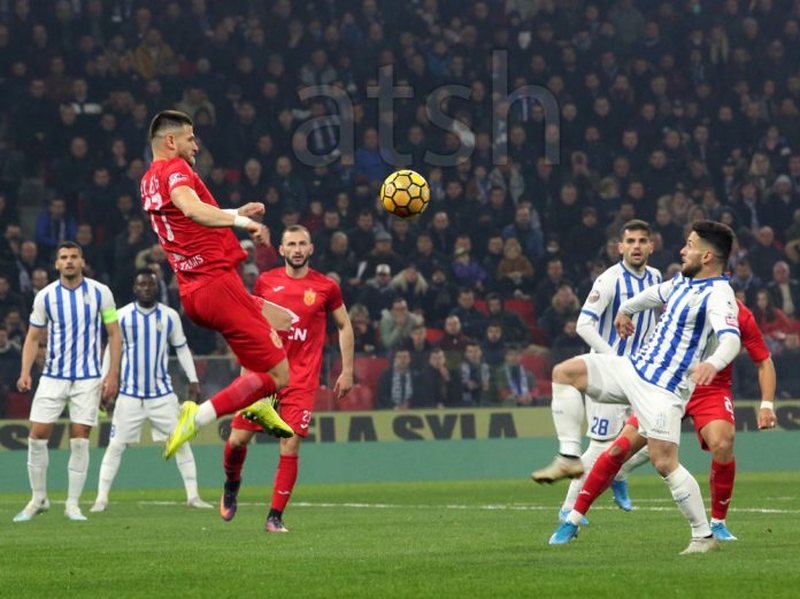 The 33rd week of the Superior Category will take place in the middle of the week, exactly on Thursday and will be one of the most important for the fortunes of the title this edition. There are direct clashes, there are matches that have great significance for the whole edition. Of course, the leaders of the ranking get attention, where it is hoped that the difference will occur, although the compression in the classification is not expected to put the "lid" on the current season, because the difference in points between rivals is very small. There are 5 teams in the race, but it seems that the title will be shared between Teuta, Partizan and most likely Laçi if he wins the next duel. Laçi hosts Skënderbeu, in a match where both teams need points. For this reason it will be a match where there is no tolerance and for Korça the game is played for life or death, because they want survival, while the Kurbins need the victory to be in the race for the title until the end. Even in Ballsh it is played for life or death, as Bylis hosts Vllaznia, a team with the opposite objective, where the locals want to survive and the people of Shkodra want to stay for the title. The same situation applies with Teuta, who will play in Kruja against Kastriot. The Crusaders need points because they risk falling, while the Durrës need victory to keep the lead. This is one of the most difficult and significant confrontations of this week. The duel between Apollonia and Kukës is also played for prestige, so there are no tolerances. But more than any other match, the attention seems to have been taken by the Partizani-Tirana derby, a super match that will be decisive for both teams in the journey of this edition. A victory of Tirana automatically puts the white and blues in the race for the title, on the contrary,

There are no favorites in the derby. In such matches, the position of the teams, the quality and the current situation do not matter. The derbies are automatically motivating and in this regard the duel in the capital between the two big names of our football is no exception. Even this last derby for this season, the fourth in a row for the current edition, is decisive and fragrant title. Partizani-Tirana usually carries the emotional burden, the nostalgia of a distant and recent history, but this Thursday's derby is one of those special ones, capable of keeping it afloat thanks to the intrigue it offers not for the past but for the future, the history to be written. This is a derby that can write history. The last confrontation of the season, with Partizan in "pole position" in the first place together with Teuta for the title, and Tirana that in this last turn of the track divides the mind whether there are chances to fight for the title or not. Classification? important for the objectives, but not for the derby, in all these years it has taught us so much, as well as the fact that the derby changes seasons, but this Thursday is actually more of a season, amplifying what characterizes it , pride, prestige and even rivalry. Tirana, the reigning champions, this season has not won any derby against Partizan, has drawn the first and lost the last two, but with a success here, returns to the title lane and to the great satisfaction, significantly reduces the quotas of big rivals for to win, he who is a fan of Tirana or Partizan, knows that this is always a pleasure in itself. They come to the red camp with more confidence, but always rational, as dictated by the character of Ilir Daja, or finally the draw in Korça against Skënderbeu, this time they must win at all costs. Quality teams and with their strengths and weaknesses, and yet this is not an ordinary match, more than with feet, played with the head and above all with the soul, for themselves, for the fans, they always say to Eternal rivals's effort is worth as much as a title, but this time this derby is probably really worth it, in the sense of the title, the big trophy, passes the derby.