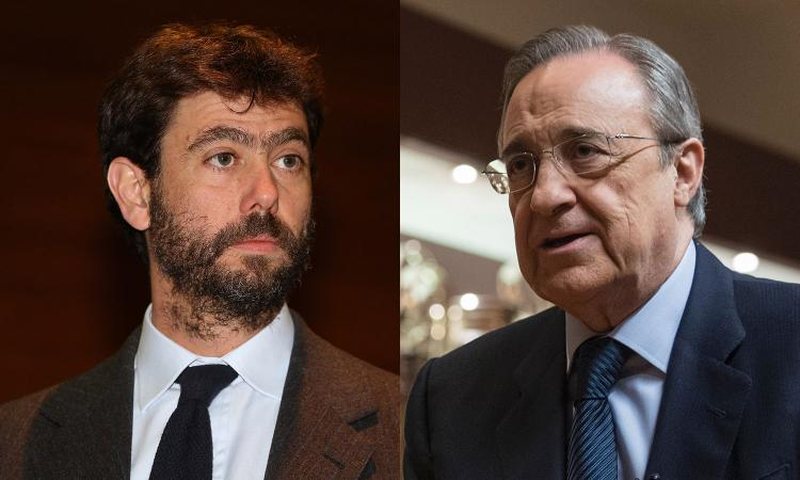 The European Super League is an activity that is in great demand by the most powerful clubs in the world. These are the biggest teams on the European continent, which are looking at the possibility of creating an elite continental league, which will include the 20 best clubs in Europe. the idea is not current, it has existed before, but UEFA and FIFA have been against it, as it eclipses official UEFA activities, such as the Champions and Europa League. FIFA President Gianni Infantino and UEFA President Alexander Ceferin even spoke about this topic some time ago, who rejected it as an idea and refused to approve it. But the influence of the big European clubs is even stronger than UEFA itself. Therefore this idea can find wide support. Meanwhile, meetings between the presidents of the main clubs and the creators of the league have resumed. Thus, the president of Real Madrid, Florentino Perez, visited the training center of Juventus on Tuesday and met with the president of the Turin club, Andrea Anjeli, for three hours. The long meeting between two of the most powerful people in European football took place just one day before the Italian Super Cup final between Juventus and Napoli. According to Italian media, the topic of discussion between them has been world football, especially the creation of a European Super League. Angel is the president of the Association of European Clubs and Perez has openly supported the creation of the league in question, more or less to the anger of La Liga president Javier Tebas. Madrid is experiencing difficult moments in the league, as it is four points behind the leader and rival Atletico Madrid, who can increase his lead to 11 points if he wins the remaining two games. Juventus is also suffering the same, as they are ranked fifth with 10 points behind leader Milan. After saying goodbye in the summer of 2018, again face to face with each other, in a meeting full of smiles. This could be the synthesis of yesterday's meeting between Cristiano Ronaldo and the president of Real Madrid, Florentino Perez. Yesterday, the number one of "Los Blancos" was in Turin for a summit with Andrea Anjeli, in which he spoke above all about the future prospects for the world of European football. But at the same time, it was an opportunity for Perez to see Cristiano Ronaldo again and exchange some heartfelt words between them. The last time the two met was in March last year, again at the Santiago Bernabeu in El Clasico. There were moments of tension between the two, given the farewell, in the summer of 2018, of CR7. On Tuesday the two returned to talk in a cordial manner, but on the horizon there is no possibility of returning to the Spanish capital for Cristiano, who has accepted the Serie A challenge precisely to have more professional incentives. In short, they met, chatted and enjoyed a conversation between old and good friends, nothing more.