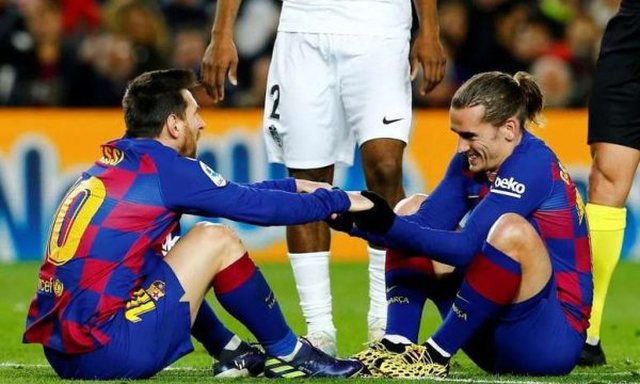 Barcelona continues to be one of the best clubs in the world. Despite the disappointment of last season, where he failed to win trophies, although by the end of the edition he was in the race for everything, it seems that the Catalans have left behind the crisis period and are thinking about the future, so the fate of this season, where success is so much desired. Recent matches have made progress, where they have won several meetings in a row and are fully immersed in the dance of success. Even Messi's relations with the club and other Blaugrana protagonists have greatly improved, which was expressed a few days ago by coach Ronald Kuman himself, who stressed that with Messi in the Barcelona team he knows how to win and increase claims and wished that this fruitful cooperation of the last weeks to continue until the end. Meanwhile, Messi himself has left open the possibility of staying in Catalonia, despite the fact that his contract with the club expires at the end of the season. Mesi has hinted that with the changes that will happen at the club after the election for the new president, he can stay even longer with the blaugrana club. Another element that has brought enthusiasm to Barça is Messi's improved relationship with the other striker, Antoine Griezmann, a relationship that could, in turn, deter the arrival of Lyon player Memfis Dipaj. The better the relationship between Messi and Griezmann, the less room there is for others. With the departure of Luis Suarez, the need arose for Messi and Griezmann to cooperate more and this report, improved in recent weeks, has been strongly emphasized in the Spanish sports press. As sports newspapers write, Messi and Griezman can "cancel" the transfer of Depay to Barcelona. Strengthening the attacking unit was one of the priorities of Barcelona coach Ronald Kuman for the summer transfer window and also now in January. Memfis Dipaj was Kuman's favorite, but with the high performances of Antoine Griezmann and Lionel Messi in 2021, the Dutchman's transfer may not materialize. Both Messi and Griezman have started the new year well. The Barcelona captain has scored four goals in the last two games, while Griezman scored twice in the last game against Granada in La Liga. Messi's good combination and adaptation with Griezmann, as well as with Pedri, may make Depay's arrival at the "Camp Nou" impossible. Even finances can be a problem for the Barcelona club to bring in players. The pandemic has hit them hard and the club has suffered hundreds of millions in losses. But, it remains to be seen what will be the steps that will be taken in this transitional period by the blaugrana club. At the moment the club is in financial crisis and the salary of Messi and other "stars" remains a problem for the club's capacities and objectives to bring quality players.