Xhaka's clash with the Serbs, the world's media focuses on the Albanian 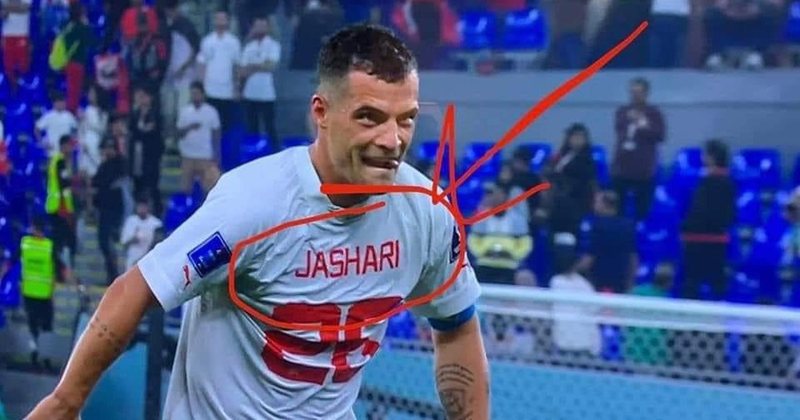 Switzerland won 3:2. Xhaka was the target of abuse from both Serbian players and Serbian fans in the stands. Xhaka even had a confrontation with the Serbian players during the match, as well as a conversation with the Serbian bench. At the end of the match, Xhaka had celebrated with the jersey of the young Swiss footballer, Ardon Jashari, this was seen as a provocation by the Serbs. But Xhaka has reacted after all the controversies caused regarding his actions during the Switzerland-Serbia match. "Those who focus best are relatively immune to emotional turbulence", wrote Xhaka on Instagram. There has also been speculation as to whether FIFA will punish Xhaka for his actions during the match against Serbia. Xherdan Shaqiri, with the goal scored against Serbia in Switzerland's 3:2 victory, entered the list of records. He had achieved something that only Cristiano Ronaldo and Lionel Messi achieved, to score goals in three world championships. "To be on a list with such names is very special. They are the best in the world", said Shaqiri, reports "Blick". Shaqiri was in high demand by reporters in training on Sunday. Nearly 50 journalists came to ask him questions. Most of the questions revolve around the game with Serbia. This match was also special for Shaqiri. "But I knew from 2018 what was waiting for me", says Shaqiri. As in the 2018 World Cup in Russia, Shaqiri also scored in Qatar against Serbia. Instead of the double-headed eagle, he was cheered in Friday's game by pointing his index finger at his name, while before scoring he was whistled at every touch of the ball. "There was a lot of emotion involved, but I was focused on my performance", says Shaqiri. Shaqiri was also asked about Granit Xhaka and about his celebration after the match with Ardon Jashari's jersey.