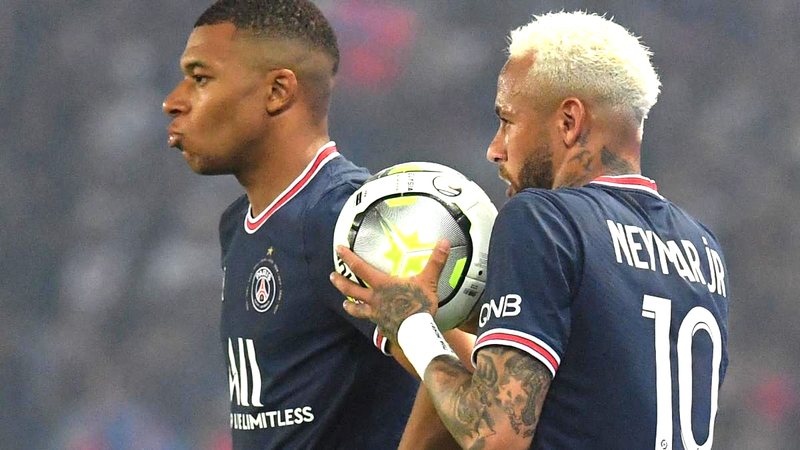 Paris Saint-Germain is a big club, not only in finances, but also in the contingent of players it has. The French champion club has among its ranks some of the best players on the planet, including Lionel Messi. But having the "stars" in the team also has its weaknesses, and one of them is that the "stars" do not get along so well with each other, as they are afraid of being eclipsed. Thus, the relationship between the duo Nejmar-Mbape continues to be the main problem for the Paris Saint-Germain club, with the two strikers openly showing their antipathy towards each other even in the last match, against Montpelier, which the Parisians won with a score of 5 -1. The two players exchanged a few words and were seen taking a stand. One of the club members who intervened in this problem was Sergio Ramos. According to "Le Parisien", the Spaniard, who is gradually regaining his form after a forgettable first year in Paris, mediated between the two on Saturday in the dressing room after the win over Montpellier in an attempt to calm the waters after a rather intense night in "Parc des Princes". The relationship between Mbappe and Nejmar is getting worse and worse. The French even asked for the Brazilian to leave this summer and the club took Mbape's word into consideration, although something like that could not be finalized. Next Sunday, against Lila, it will be seen if Ramos and the rest of PSG have managed to calm the blood between Nejmar and Mbape. It remains to be seen how long the tension will continue and whether the scenes of the past season will be repeated, where the two players had stings in the media, but also secret clashes and often face to face with each other about the game and the behavior on the field. . they can't stand each other's antagonism. Meanwhile, the market for the champion club of France continues to produce surprises every day, since in addition to the approaches of quality players, the PSG club has the task of removing the "superfluous". Central defender Thilo Kehrer will continue his career in the Premier League. "FootMercato" reported on Tuesday that the German will be transferred to the West Ham United team. It is known that West Ham has already reached an agreement with Paris Saint-Germain for his services. Kehrer will join the team from London for 20 million euros and will sign a contract until 2026 after completing his medical in the coming days. The 25-year-old had a contract with Paris until next year, while he joined the French champions in 2018 from Schalke for 37 million euros.