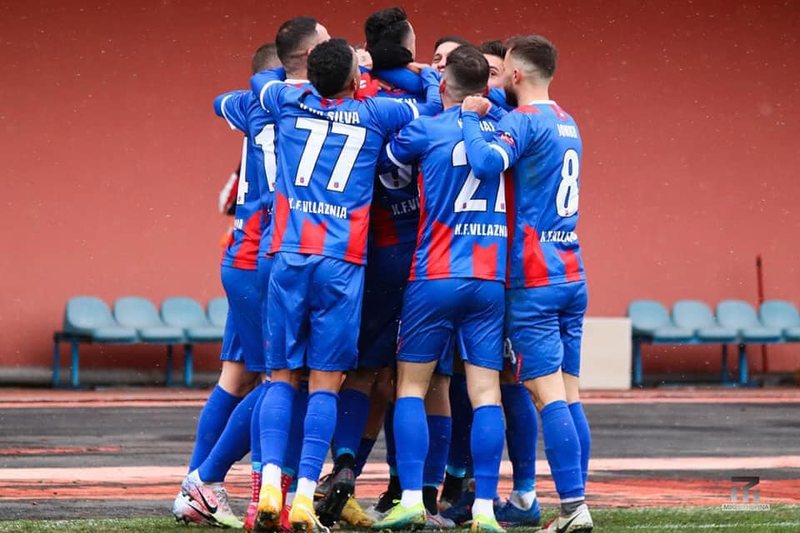 The Superior category will play at the weekend the matches of the first round of the last phase of this season, where the fight for the title is seen quite strong, as long as there are 5 teams competing for the trophy. Of course, in this edition Vllaznia is the team that has left the most impression, given the fact that it started the edition as a team without pretensions and is now among those top teams that have a great chance to be the winner of the competition. meanwhile, it must be said that the victory with Kastriot in the championship was very positive despite the fact that it came at the limit of time, while right after that challenge, the red and blues could not go more than two draws in a row, first with Partizan and finally against Laçi. Taking a point can be considered a satisfactory result for Shkodra, despite the desire was that even in one of these two matches against direct rivals the team would get the maximum. However, the return to the expected results has changed the mood of Shkodra, not only for the position in the ranking, but also the expectations at the end of the championship, where morale can play an important role given the frequent changes in the ranking, the more rather with so many direct challenges just one fake step is enough to lose ground. The duel against Apollonia can be considered as a bonus that should not be left unused by the red and blues. In the face of the Fieraks, nothing will be easy despite the bad form, but by no means can Vllaznia afford not to get a victory. After that challenge, Shkodra will have another easy match on paper, as they will host Skënderbeu in "Loro Borici" and if they manage to get the maximum in these two meetings, then they can regain the lead and increase the dose of confidence in the champion title. However, before going to the championship matches, in the middle of the week, a very important challenge awaits him, such as the semifinal of the Albanian Cup against Laci, another competition that the people of Shkodra are aiming for, after giving him a ticket to the European Cups.

Ahmataj sees his favorite Teuta and not Vllaznia

The championship has closed the third phase and there are already only nine games left from the end, as each point will be evaluated to the maximum. Former Skënderbeu coach, Julian Ahmataj for "Sport News Plus" says that the first five teams are still in the race, but Teuta is the main favorite as it is working best. "It is true that we have entered the final phase of the championship, at this moment you have to be fresh, focused and you have to keep the pace. Teuta has a good, strong team and is a consolidated team. At Teuta, everything is working within the team. It has a great chance because it will start the fourth phase with a two point difference from the followers and it is the team to be defeated this season. If a team is consolidated then there is no need to have problems in the next stage, I also think that Teuta is the favorite for the title ", stressed Ahmataj. Meanwhile, he commented on the potential of the championship and the behavior of clubs in the competition, saying that there are no clubs that make a difference like Real and Barça in Spain. "This championship was designed to be like this in the beginning. There are still five contending teams for the title. There are no two elite teams to be the main contenders as other countries have. For example Real Madrid and Barcelona, ??who gather the best players of the league and then clash with each other. It is another thing when there are surprises in the championship. This has not happened to us because there is no team that has gathered the best players. For this I think the poor market is to blame as the teams are aware that the team has to have many key exponents to win. The title is won with the best defense, because you were scoring and you will suffer, therefore you need a good defense and Teuta has it. Teuta has an advantage as it comes with a structure set up for years, Bregu and Krasniqi are working very well. And in the match against Laçi, they showed that they play well together. Teuta also has a good generation of players from Durrës, such as Arapi, Rustem Hoxha, two Villas. Plus that Vila and Arapi have been in the national team and have experience ", further underlined Ahmataj.