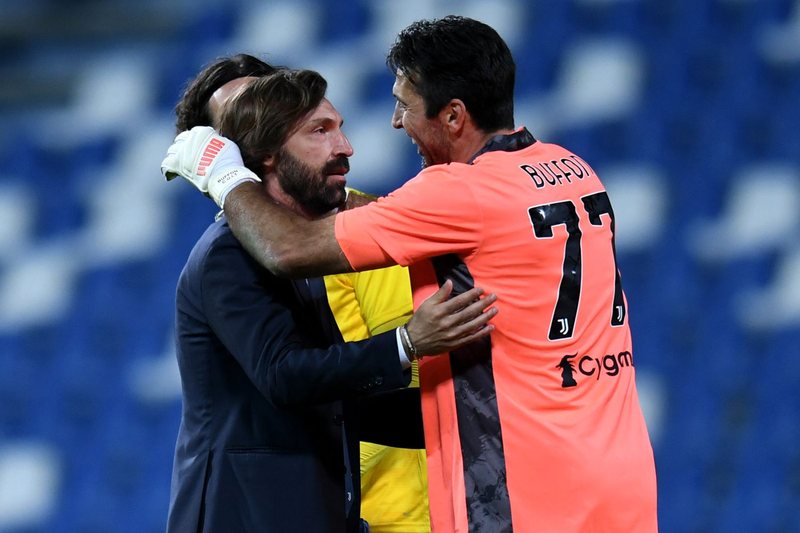 Juventus risks not participating in the next season in the Champions League, because, when there are two laps left until the end of Serie A, the whites are positioned in fifth place, ie outside the top-4, and this translates out of the Champions League if it stays in the same place. The "Old Lady" should win the next two duels, but hope to restrain any advance in the standings, to have the opportunity to climb to the first four places, which in the face of Inter, Milan, Atalanta and Napoli seems difficult . Meanwhile, Andrea Pirlo speaks with superlatives about Juventus after the victory in the transfer with Sassuolo. The black and white coach elevates the figure of veteran players (Bufon, Dibala and Ronaldo), who make the difference in difficult moments. "It was not easy to recover after the last defeat against Milan. It is never easy to play against an opponent like Sasuolo. Champions in football are always the ones who make the difference, we have a lot, so they gave a very accurate direction to the match. Congratulations to everyone else because they played a sacrificial match. It was not easy to raise our head after a bad defeat, but we are still here, alive, knowing that we still have two games to play. "We will fight to the end," he said. Then, following the analysis after the match, Pirlo stressed that Juventus has often suffered from distraction at certain moments by certain players. "Not only against Milan, but also in some other meetings we have encountered difficulties many times due to mistakes in the moments of conceding goals, which have come as a result of individual negligence and not the ward. That's the thing that makes me nervous, to feel bad, because playing in a team like Juventus you have the obligation to stay focused for 100 minutes, never to make mistakes in the game. The Juventus jersey has a different importance from other teams, so you have to have maximum concentration in every minute you play, in every second. Penalty? We lost a dangerous ball before the defense, it is not the first time. "When you make a mistake like this, it is right to pay", added the coach of the black and white team. Speaking in particular about Paulo Dibala, the author of Juventus' third goal, Pirlo clarified that the striker recovered over the minutes and was pleased that the situation has turned in his favor. he insisted that the team must regain positive energies to close the season with dignity, not hiding his belief that Juventus will close this edition of Serie A, in the top-4 of the ranking, ie in the positions that ensure participation in the Champions League. "He did not appear at the beginning of the match, then he came back little by little. It is not easy after three months to find the form immediately, he has to play consistently. This is the most important thing. "We have to regain our physical energy and think about the match against Inter," Pirlo underlined.