Qazim Laçi: In Israel we go for victory, we deserve to be the head of the group 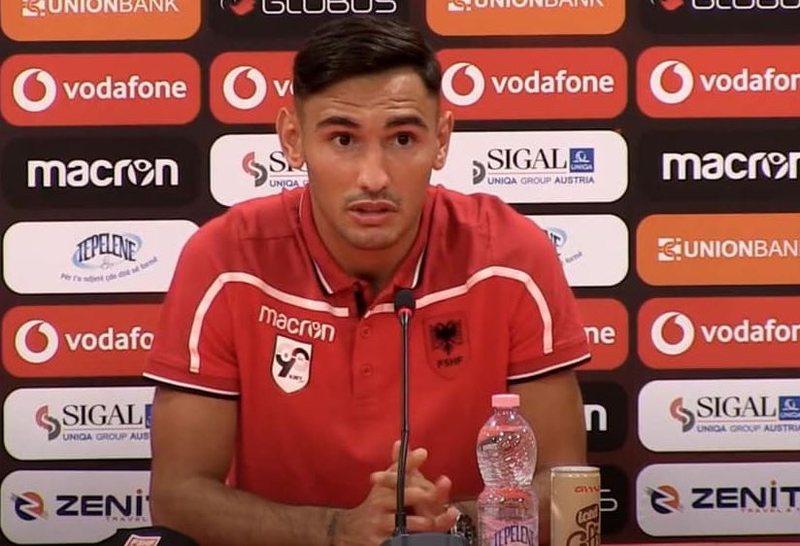 Qazim Laçi is enjoying his first adventure in Ligue 1. The Ajaccio midfielder spoke to the press before the challenge against Israel (September 24) in the Nations League, where he stated that the objective of the Israeli transfer is victory, the only result that keeps Edi Reja's Reds and Blacks in competition for the head of the group. "I believe that I can give a lot of power to the team, we can control the ball and the team can be more aggressive. Let's press the above to win as many balls as possible in Israel's zone, as the coach also wants this style of play. I will try to do this too", he said. Then he talked about the rivalry in the group and the pressure the team has to win the match. "Each player in my role will try to be ready. There are many players in the midfield at the moment, everyone is preparing very well for this match that we must win. We will have pressure to win the game, but we have no pressure at the moment. The team is working well, we are ready to go to Israel and win the match, with the objective of winning the group. We will give our best, we have values ??and desire to get the three points. I believe that this group deserves to take the first place. We have some important players who have helped the team. The coach has made some different schemes, we will try to do our best. Even the youth will give their best to win the match against Israel. A very strong challenge in terms of the physical side, but also the fact that we lost the first match against them", Laçi further underlined. Finally, two words about his career at French Ajaccio. "I am very pleased, because for several years the team was working well and fighting to get to the elite of French football. I have 6 years in the team, I achieved my goal, I am very satisfied. All the players of the national team play at good levels, this increases the competition and improves the team", concluded midfielder Dibran.